A disputed Ontario auto insurance claim, in which the carrier denied a claimant’s request for catastrophic impairment status, could reach the Supreme Court of Canada. 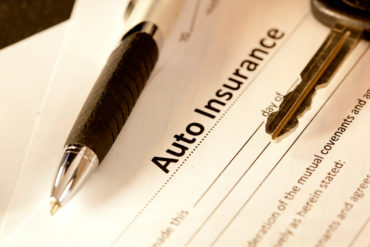 Court records indicate that RBC General Insurance Company sent correspondence to Zofia Machaj denying her catastrophic impairment status. Initially the Ontario Superior Court of Justice dismissed Machaj’s action against RBC, for cat impairment status, because “a mediation proceeding had not been commenced ‘within two years after the insurer’s refusal to pay the benefits claimed,'” the Court of Appeal for Ontario wrote in a decision released April 8.

The Court of Appeal for Ontario allowed Machaj’s appeal, finding that “there is a clear distinction to be drawn between the claim for determination of catastrophic status and a claim for the specific benefits to which an injured person is entitled if found to have suffered a catastrophic injury.”

Essentially, the province’s appeal court paved the way for Machaj to pursue a claim for catastrophic impairment status more than two years after her application was denied.

RBC filed June 7 for leave to appeal to the Supreme Court of Canada, which is scheduled to release Sept. 22 its decision on whether it will hear RBC General’s appeal. Aviva Canada recently purchased RBC General Insurance from The Royal Bank of Canada.

In Ontario, auto policyholders must purchase accident benefits coverage of $50,000 for medical and rehabilitation benefits and $36,000 for attendant care, for non-catastrophic injuries. Vehicle owners have the option to buy higher accident benefits limits.

In 2015, Finance Minister Charles Sousa noted – in a press conference announcing the provincial budget – that Ontario is the only province that provides catastrophic coverage under auto accident benefits.

In her claim against The Guarantee, Machaj cited the Ontario Divisional Court’s decision in Do v. The Guarantee Company of North America.

In Do, the Divisional Court denied The Guarantee Company of North America judicial review of a 2013 decision of a director’s delegate of the Financial Services Commission of Ontario. The director’s delegate upheld a FSCO arbitrator’s finding “that the denial of catastrophic impairment status was not a ‘refusal to pay a benefit,'” the Divisional Court wrote in Do, released April 15, 2015. “Catastrophic impairment status is not itself a benefit, but rather a ‘preliminary question, which must be determined before the entitlement to or the amount of benefits can be determined.'”

The Guarantee had sent Do a letter stating:

“Please find enclosed an Explanation of Benefits (OCF-9) for your records. The last page of this form outlines the procedures you must follow if you disagree with any decision that has been made and warns you of the two year time limit.”

“The OCF-9 form warned that Mr. Do had ‘two years from the date of your insurer’s refusal to pay, or reduction of a benefit, to arbitrate or commence a lawsuit in court'” the Divisional Court noted.

In Machaj vs. RBC, Mr. Justice Alan Whitten of the Ontario Superior Court of Justice had concluded that the Do vs. The Guarantee ruling did not apply to Machaj’s circumstances. Justice Whitten found that by including the words “and therefore you do not qualify for the increased benefits,” RBC denied benefits, triggering the two-year limitation period.

The Court of Appeal for Ontario disagreed.

“The additional words did not convert what was, in substance, a denial of a catastrophic determination into a denial of the specific benefits that would trigger the commencement of the two year limitation period,” wrote Mr. Justice Robert Sharpe, Mr. Justice Russell Juriansz and Madam Justice Lois Roberts, of the Court of Appeal for Ontario, in its unanimous decision in Machaj vs. RBC. “The line of authority culminating in Do establishes that there is a clear distinction to be drawn between the claim for determination of catastrophic status and a claim for the specific benefits to which an injured person is entitled if found to have suffered a catastrophic injury.”

Under the new system, in order to have a mental or behavioural impairment that qualifies as a catastrophic impairment, an auto accident victim must have a Class 4 (marked) impairment in three or more areas of functioning, or a Class 5 (extreme) impairment in at least one functional area.

More News
Related
Exclusion clause for ‘conversion’ in comprehensive auto policy ‘does not come close’ to being easily intelligible: Court
Lawsuit filed four years after auto accident can proceed against insurer
Top court will not hear appeal of Sask. appeal court’s reduction of punitive damage against insurers found to have breached duty of good faith
Government of Newfoundland and Labrador finalizes terms of reference for auto insurance review