The Supreme Court of Canada announced Thursday it will hear an appeal from the British Columbia government, of a production order, in a lawsuit seeking to recover health care costs from tobacco companies.

A B.C. court previously ordered the provincial government – which is suing several tobacco firms – to produce individual health records for Philip Morris International Inc., one of the defendants.

Those same defendants are being sued by other provinces. For example, the Ontario government is seeking $50 billion in damages in the action it commenced in 2009, Master Donald Short of the Ontario Superior Court of Justice wrote in 2016. 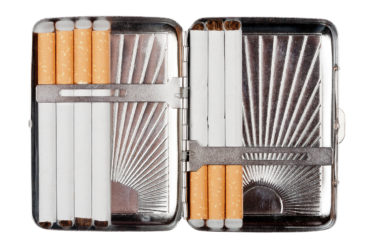 In B.C., Philip Morris “seeks access to the raw data from a number of government databases that the Province plans to use to produce statistical evidence in support of its claim on causation and damages,” Justice Nathan Smith of the Supreme Court of B.C. wrote in a decision released May 20, 2015.

The province had argued such disclosure “would violate doctor-patient confidentiality and would be ‘a massive unjustifiable intrusion into the privacy of millions of people’” Justice Smith added.

But Justice Smith did order the B.C. government to provide Philip Morris with individual-level data, with names and other personally identifying information removed.

That order was upheld on appeal.

Nonetheless, Justice Goepel agreed with the B.C. Supreme Court finding that the data sought by Philip Morris is “highly relevant” and that restrictions sought by the province, on the data to be produced to the cigarette maker, would be “inherently unfair.”

In its lawsuit against the tobacco firms, the B.C. government “offered to make data available to the defendants’ experts in a restricted setting under the control of Statistics Canada, a federal agency,” Justice Smith wrote in 2015. “Other defendants have accepted this arrangement, but (Philip Morris) says it cannot accept the restrictions and conditions that the Province and Statistics Canada have demanded.”

The province had argued that in providing individual healthcare data to a defendant, “even with personal identifiers removed, cross-referencing of data from all of these databases would allow the defendants to put together a fairly detailed picture of an individual’s medical history,” Justice Smith wrote.

The lawsuit was filed shortly after the passage in 2001 of the B.C. Tobacco Damages and Health Care Costs Recovery Act, Justice Smith wrote in 2014 in a separate ruling in that case.

Among other things, the defendants have argued that the provincial government has benefited from the taxes imposed tobacco.

But a court has the power to “order discovery of a statistically meaningful sample” of such documents if a defendant applies. The Tobacco Damages and Health Care Costs Recovery Act also stipulates that for aggregate actions, records for health care benefits for individuals are not compellable “except as provided under a rule of law, practice or procedure that requires the production of documents relied on by an expert witness.”

One expert on applied math and statistics was retained by Philip Morris. That defence exper witness “says errors or lack of specificity frequently arise from the use of standard diagnostic codes,” Justice Smith wrote. “One such common problem he has identified in other jurisdictions is the use of the same code for both the diagnosis of lung cancer and testing for the disease. That means aggregate statistics purporting to show the prevalence of lung cancer may include many people who were tested for lung cancer but did not have it.”