Despite a warning from lawyers that banks could be made “insurers against cheque fraud perpetrated by employees on their employers,” the Supreme Court of Canada announced Friday it has ruled against two banks that were sued by a company that was the victim of cheque fraud. 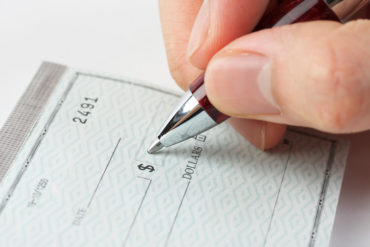 “Banks are well-situated to handle the losses arising from fraudulent cheques, allowing those losses to be distributed among users, rather than by potentially bankrupting individuals or small businesses which are the victims of fraud,” Justice Rosalie Silberman Abella wrote on behalf of the majority of Supreme Court of Canada judges in Teva Canada Limited v. TD Canada Trust and Bank of Nova Scotia.

Between 2003 and 2006, a Teva employee “requisitioned numerous cheques payable to six entities he designated,” Justice John Laskin of the Court of Appeal for Ontario wrote in a ruling released in 2016. But none of the entities for whom the employee requisitioned the cheques were actually owed money. Two of the entities were imaginary and four others were current or former customers of Teva. The employee, Neil McConachie, had authority to requisition but not to sign cheques. Court records indicate that McConachie and his accomplices opened small business accounts in the names of some of the payees.

In 2007, Teva sued the banks in Ontario under the tort of conversion. This is when a bank converts a cheque “by dealing with it under the direction of one not authorized, by collecting it and making the proceeds available to someone other than the person rightfully entitled to possession,” Justice Frank Iacobucci of the Supreme Court of Canada wrote in 1996 in Boma Manufacturing Ltd. v. Canadian Imperial Bank of Commerce, a case with similar circumstances.

In the lawsuit filed by Teva, TD Canada Trust and Scotiabank argued they had a valid defence under Section 20 (5) of the Bills of Exchange Act, which stipulates that “where the payee is a fictitious or non-existing person, the bill may be treated as payable to bearer,” rather than to order, meaning that no endorsement is required.

In a ruling released in 2014, Justice Kevin Whitaker of the Ontario Superior Court of Justice ruled in favour of Teva, finding that the payees of the cheques requisitioned by McConachie were neither “fictitious” nor “non-existing” within the meaning of s. 20(5) of the Bills of Exchange Act. This meant the cheques could not be treated as payable to bearer.

That finding was overturned on appeal but restored in the Supreme Court of Canada’s 5-4 ruling released Oct. 27, 2017.

TD and Scotiabank argued that the purpose of Section 20(5) of the Bills of Exchange Act “is to protect banks from cheque fraud losses committed at the stage when the cheques are drawn within the drawer’s organization” and to allocate the loss “to the drawer where the payee is not a known business entity and/or where there is no legitimate transaction or obligation due to the payee.” In such a case, the drawer of the cheque “is clearly in a superior position to minimize, control and insure against the loss,” the banks argued.

The four dissenting Supreme Court of Canada judges that would have ruled against Teva proposed that the Bills of Exchange Act should be interpreted such that a payee “should be deemed ‘non-existing’ where the payee does not in fact exist at the time the instrument is drawn,” Justices Suzanne Côté and Malcolm Rowe wrote. The other two dissenting judges in Teva were Justice Richard Wagner and Chief Justice of Canada Beverly McLachlin.

The dissenting judges said a payee should be considered “fictitious” when “there is no real underlying transaction or debt – that is, where the payee is not entitled to the proceeds of the cheque.”

But that would have required the court to over-rule both the Boma ruling issued in 1996 and the Supreme Court of Canada ruling in Royal Bank of Canada v. Concrete Column Clamps (1961) Ltd., released in 1976.

“Boma and Concrete Column have together served the commercial world for 40 years without serious complaint from that world,” Justice Abella wrote. “There is no evidence that the jurisprudence on fictitious and non-existing payees reflects unsound public policy on the allocation of risk. Banks are well-situated to handle the losses arising from fraudulent cheques, allowing those losses to be distributed among users, rather than by potentially bankrupting individuals or small businesses which are the victims of fraud.”

The other four judges ruling in favour of Teva were Justices Michael Moldaver, Andromache Karakatsanis, Clement Gascon and Russell Brown.

In both Boma and Concrete Column, the Supreme Court of Canada ruled that the Bills of Exchange Act “should be interpreted in such a way that drawers and banks are exposed to the risks created by the fraudulent use of the system,” Justice Abella wrote in Teva.

Boma Manufacturing Ltd. and Panabo Sales Ltd. were associated firms that were defrauded between 1982 and 1987 by their bookkeeper.

Concrete Column Clamps (1961) Ltd. lost more than $94,000 when an employee responsible for paying workers prepared about 1,000 cheques payable to persons who are not entitled to them had had them signed by another employee who did not know the payees personally.

“By making banks responsible for cheques cashed on a false endorsement, our Bills of Exchange Act certainly has the effect of making it more difficult to cash a cheque fraudulently,” Justice Louis-Philippe Pigeon of the Supreme Court of Canada wrote in Concrete Column in 1976. “It is common knowledge that as a result, public agencies and private enterprises rely heavily on the responsibility of those who pay the cheques they issue, to counteract all kinds of fraud and at the same time to protect those for whom the payments are intended.”