OTTAWA – A garage owner should not be held responsible for the terrible injuries a teen suffered when he and a friend stole a car from his lot and crashed it in a “tragic set of events,” the Supreme Court of Canada said Friday.

In a split 7-2 decision, the court overturned earlier rulings that found Chad Rankin’s garage in Paisley, Ont., was 37 per cent liable in the incident. 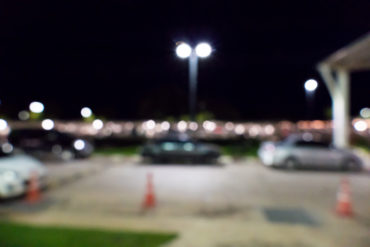 Court records show the teens had been drinking, with some of the alcohol provided by the mother of one of them, and smoking marijuana when they trespassed on Rankin’s property late one evening in July 2006.

One of the teens, then 16, decided to steal a car even though he had never driven before. The pair found an unlocked vehicle with the keys in an ash tray.

The duo headed to nearby Walkerton but crashed en route. The passenger was left with catastrophic brain injuries and his litigation guardian sued the friend, the friend’s mother and Rankin for negligence.

The trial court found the garage 37 per cent liable and apportioned other liability at 23 per cent for the driver, 30 per cent to the mother and 10 per cent to the injured teen. The Ontario Court of Appeal upheld the findings.

The Supreme Court, however, found the garage owed no duty of care to the injured passenger.

Writing for the majority, Justice Andromache Karakatsanis said the garage ought to have known about the risk of theft.

“However, it does not automatically flow from evidence of the risk of theft in general that a garage owner should have considered the risk of physical injury,” she wrote.

“I do not accept that anyone that leaves a vehicle unlocked with the keys in it should always reasonably anticipate that someone could be injured if the vehicle were stolen. This would extend tort liability too far.”

The lower courts said the garage should have known it was vulnerable to theft by minors, but Karakatsanis disagreed.

“The fact that something is possible does not mean that it is reasonably foreseeable,” she wrote.

Writing in dissent on behalf of Justice Clement Gascon and himself, Justice Russell Brown said he saw no overriding error in the lower court findings and would not interfere with them.