Survey asks who should be liable when driverless vehicle hits pedestrian: AIG

More than four in five Americans surveyed believe that owners of fully driverless vehicles should have auto insurance and more than a third believe that safety issues will delay or prevent their widespread availability, a survey released Tuesday by American International Group Inc. suggests.

“On average,” respondents “think it will take 22 years for driverless vehicles with no active input from human drivers to represent more than 20 percent of the vehicles on the road and that it will take 34 years before the autos make up the majority of vehicles in the U.S.,” AIG said Oct. 3 in a release. 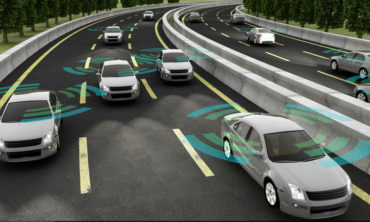 In the survey –  conducted  in partnership with McLaughlin & Associates and Pinkston Group – respondents “could select up to three options that they felt were the most significant factors delaying or preventing the wide availability of driverless vehicles.” More than half (55%) said costs will be too high and 41% said both that “computer systems won’t be adequately secured” and “people enjoy driving too much.” More than a third (35%) said they think driverless  vehicles will not be safe enough.

The results are considered to have an accuracy of plus or minus 3.1% at a 95% confidence interval. The survey was conducted Aug. 17 through 25.

Respondents were also asked for their views on who – vehicle owners, manufacturers and software providers – should be liable for accidents and how much liability they should have.

A majority (81%) “of respondents think individuals who purchase or ride in fully driverless vehicles should still be required to have auto insurance,” AIG said.

“There are many ways for the driverless vehicle story to unfold over the next several years,” stated Gaurav Garg, AIG’s chief executive officer of personal insurance, in a release. “It is critical for insurers to carefully watch the trend to help prepare clients – both consumers and businesses.”