Swiss Re currently estimates its claims burden from tropical cyclone Debbie in Australia at about US$350 million, net of retrocession and before tax, while the total insured market losses associated with the event is estimated at around US$1.3 billion. 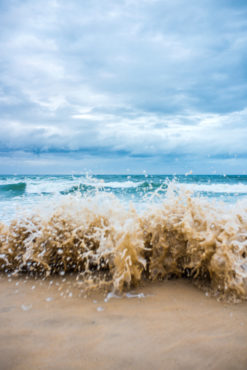 The current expectation from Swiss Re, one of the lead reinsurers in this market, is that Debbie will result in a higher share of large commercial and corporate losses compared to similar events in the past, notes a company statement Thursday.

“The total insured market losses for wind, flood and storm surge damages are estimated to be approximately US$1.3 billion,” reports Swiss Re, a wholesale provider of reinsurance, insurance and other insurance-based forms of risk transfer.

Related: Construction of mitigation infrastructure to protect against flood should be seen as nation-building projects: Australian insurers

The cyclone hit Australia on Mar. 28, making landfall as a category 4 hurricane and representing the strongest such event to strike the region since 2015.

When it came ashore on the north Queensland coast, the cyclone brought with it estimated 10-minute sustained winds of almost 200 km/h, Swiss Re notes.

While Central and South Lismore are protected by levees, both were overtopped, contributing to significant damage, it adds.

Among other things, high winds triggered a storm surge and contributed to surface water flooding from large amounts of accumulated rainfall, Swiss Re reports.

Overall, the company notes, hundreds of residential and commercial buildings were flooded, several thousand residents and business operators were evacuated from the region, and the Queensland Farmers Federation estimates winter crop losses at 20%.

Noting that Swiss Re is a lead reinsurer in this market, says Weber, “we express our sympathies to those affected and will continue to work closely with our partners and clients to ensure that people receive the financial support they need to clean up and rebuild after this tragic event.”