For taxi drivers, mum’s the word on reporting losses

Taxi cab companies and drivers are not reporting losses promptly (or at all), thereby escalating taxi insurers’ claims costs in Newfoundland and Labrador, according to a taxi claims review submitted to the province’s Public Utilities Board. 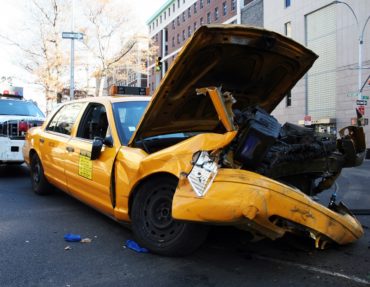 “The factor identified by Cameron as having the biggest impact on loss experience was the manner in which taxi companies reported claims,” says a Mar. 20, 2018 report to the PUB authored by Cameron & Associates. “There were many incidents of late reporting and, in fact, often no reporting by the taxi companies. This led to investigation issues due to delay.”

The report’s authors could not quantify by how much the delays contributed to claims costs. But they did note: “Prompt notice permits prompt investigation and early recognition of liability which provides opportunities to resolve the claim sooner and may result in a lesser overall payout.”

The PUB commissioned Cameron & Associates to undertake the taxi claims review as part of the province’s broader two-phase review of auto insurance. The terms of PUB’s review call for an “audit of taxi closed claims to determine the causes of poor claims experience, including details regarding the underlying causes of loss and high claim costs incurred, and provide any recommendations to reduce claim costs and reduce rates.”

The loss experience was affected by the number of drivers who were not identified on a policy.

“Despite the fact that often numerous drivers were listed, sometimes up to 11 on one vehicle, there were still many drivers involved in accidents that were not listed on the policy,” the report notes. “No premium was being collected for the unlisted drivers.”

To improve reporting by taxi companies and operators, the Cameron study recommends risk management and education, training, and careful selection of drivers by taxi cab owners.

In addition, the report concludes, “without some major changes to the product, such as increased deductibles, minor injury caps, verbal thresholds or prescribed framework for treatment of minor injuries, the loss experience is highly unlikely to improve.”