Technology advances will likely affect – perhaps even eliminate – some current roles in the insurance value chain, but should be regarded as an opportunity to focus more on value-added services and getting a seat at the table where new ecosystems are being created, it was suggested Thursday at an insurTech event in Toronto. 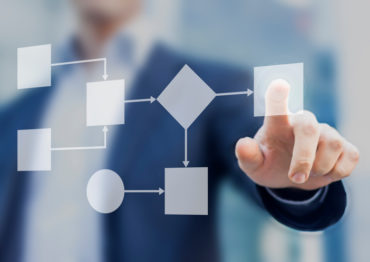 Ryan Spinner, digital and innovation lead for Aviva Canada, said during the Young Insurance Professionals of Toronto-hosted event, Embracing InsurTech: A New Frontier, that his company recently asked its 30,000-plus employees worldwide if automation could eliminate their roles.

For roles that can be eliminated, the view is they should be deployed “for more value-added propositions in the supply chain. I think that’s what’s going to happen,” Spinner said in in response to a question from the audience following the panel discussion.

His take is that changes currently unfolding can set the table for improved customer response and services.

Changes to roles and processes could “open up new doors and new opportunities,” Spinner suggested. “That might be spending more time with your customers; that might be in new markets that you’ve actually never explored,” he said.

While Spinner does believe transactional data is likely to be automated – “normally, automation touches those products, those processes the quickest” – he added that “there’s so much, we haven’t really even seen what we can do when we start removing the non-value-added activity and where it could go.”

David Bradfield, vice president of communications for Economical Insurance and Sonnet, agreed some roles will likely change. With claims adjusters, for example, “I think those roles are going to be there, but I think they are adaptable,” Bradfield said.

At his company, “we’re training them (adjusters) on drones and aerial imagery and things like that,” he told attendees. “During a Cat when you can’t get close to a property, you need to be able to interpret that satellite data or work with a drone operator,” he said.

Ryan Stein, director of policy for the Insurance Bureau of Canada, suggested that automation and eliminating unnecessary touchpoints could help insurance professionals get closer to their customers.

Relaying some issues discussed during a meeting with a large commercial brokerage, Stein said he was told 21 touchpoints exist within the brokerage or when interacting with an insurer.

“All those touchpoints in the process are people who have other jobs,” who now need to make “this administrative task that is outside the core of what they do” part of their jobs. “By making that process more efficient, you are putting people in an opportunity to more of their core job,” he argued.

Automation is most certainly being seen on the underwriting side, Bradfield said, “but we still need people who understand it, at least on the personal side of the business.”

On the commercial side, it is “a very different story,” he suggested.

“A lot of people will migrate into commercial,” Bradfield predicted. “I think there is a great migration, which is just starting to happen, but I really do think it’s an upgrade for the industry and an opportunity to retrain and redeploy you (insurance professionals).”

But change currently under way is not solely about retraining and redeployment; it is about capitalizing on the opportunity to get a place at the table for future insurance-related initiatives.

“The sharing economy is going to be just massive,” Spinner told attendees. The insurance industry would best serve itself and its customers by becoming enablers of that impending change, not blockers, he said.

It is important that when sharing economy companies “come to us and say, ‘We want to start this crazy idea,’ we’re not saying, ‘Well, fill out this form,’” he emphasized.

It is critically important that insurers become part of the conversation early rather than later. “There isn’t a driverless car ecosystem yet. We have an opportunity to have our voices heard earlier in the conversation,” Spinner said.