Technology innovation will provide the biggest growth opportunities for (re)insurers in the year ahead, according to Guy Carpenter’s annual Market Pulse Survey, released on Monday. 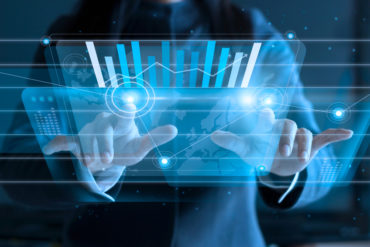 Now in its fifth year, the survey polled 107 insurance and reinsurance professionals during the 2016 Property Casualty Insurers Association of America’s annual meeting in Dallas, Tex. on Oct. 23 to 25. The goal of this year’s survey was to identify the top opportunities and threats to profitable growth in the year ahead, as well as to examine the most significant disruptive forces impacting the industry, Guy Carpenter explained in a press release.

Forty-two per cent of those surveyed believed that technology innovation represented the greatest opportunity to grow their business in 2017, followed by new products (25%), new geographic markets (13%), talent acquisition (12%) and mergers and acquisitions (8%). A total of 36% of respondents cited the potential for a financial recession as the emerging risk that will be the biggest threat to profitable growth in the year ahead. Meanwhile, one-in-three professionals ranked cyber as the most threatening emerging risk, followed by technology risks (11%), climate change (11%) and terrorism (9%).

“One of the most important findings we can take away from this year’s survey is the significant growth opportunity that technology innovation continues to bring to the (re)insurance industry,” said Tim Gardner, CEO of US operations for Guy Carpenter. “The industry must be prepared to not only understand and manage the risks associated with these rapid advancements, but to also utilize these innovations to create actionable business intelligence and realize profitable growth opportunities.”

Guy Carpenter noted in the release that 38% of those surveyed viewed the continued rise of big data as the market force that will cause the most disruption in the (re)insurance industry over the next five years. Other significant market-changing forces, according to the survey, include the speed of technological innovation (29%), the aging population (15%), Millennials (13%) and expanding urbanization (5%).

Looking ahead to 2017, 21% of professionals polled saw regulatory and rating agency changes as the biggest threat to plans for profitable growth. Seventeen per cent of respondents are concerned about global economic and political uncertainty; 16% fear operational inefficiencies; and 10% are most concerned about catastrophe/non-cat losses.

“Insurers are facing an increasingly complex market that will require them to be nimble and innovate in order to remain competitive,” concluded Gardner.

More News
Related
Intact’s assessment of insured damages from Fort McMurray wildfire estimated at $1 to $1.20 per share
Fort McMurray will hit Canadian’s p&c industry financial results in 2016: A.M. Best
Net income for Swiss Re US$1.2 billion in 2017 H1, down from about US$1.9 billion in 2016 H1
Economic and market headwinds may challenge profitable growth for U.S. insurers: Guy Carpenter