Tenant insurance too expensive at $15 per month, renters say

Despite the fact that premiums start as low as $15 per month, nearly half of consumers polled by insurance comparison site Kanetix.ca reported that they couldn’t afford renter’s insurance.

Last month, Kanetix.ca conducted a Google Survey of 1,000 Canadian renters, of which 485 didn’t have insurance coverage, Kanetix president and CEO Andrew Lo told Canadian Underwriter on Monday. The main reason cited for not purchasing it was cost (47.8%), “when in fact through Kanetix.ca prices start as low as $15 and can be purchased easily online,” Lo said. 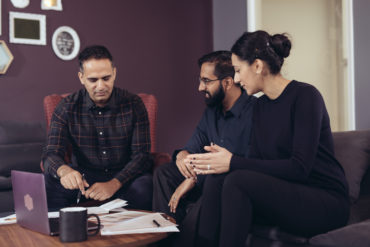 Other reasons for not having coverage included:

According to the 2016 Census, of the more than 14 million households in Canada, approximately 4.5 million are rented by tenants. The Kanetix survey found that “potentially two million of these households don’t have the protection that comes with purchasing a tenant insurance policy.”

Lo reported that Kanetix.ca launched in February an insurance quoter built specifically for tenants and renters. “This is a more streamlined quoter, with a smaller question set, where at the end of the quote a monthly premium will be displayed for consumers,” Lo told Canadian Underwriter.

When consumers are ready to purchase, they click a “buy online” button and enter their payment information to have the tenant insurance policy issued instantaneously.

“Previous to the launch of our tenant insurance quoter, the purchase of the policy was taken offline, where a consumer would receive the quotes from Kanetix.ca and then contact an insurance agent or broker via phone to purchase and issue policies,” he said.

Since adding the quoter, sales have doubled “because the user experience had less friction,” Lo said.

3 Comments » for Tenant insurance too expensive at $15 per month, renters say