A subrogated fire claim – arising from a tenant repairing his vehicle at home – is excluded from the tenant’s home policy because the fire arose from “use” of a motor vehicle, an Ontario court recently ruled. 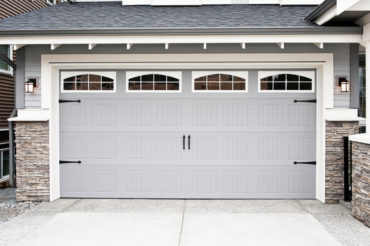 In June, 2007, Ian Horsefield was repairing the brake line on his vehicle in the garage attached to the Prescott, Ont. home that he was renting from his parents. The gas tank fell from the car and a fire broke out, causing major damage.

North Waterloo Mutual paid nearly $170,000 to repair the house and then pursued a subrogated claim against Horsefield. Economical denied Horsefield’s claim due to an exclusion for liability claims arising from “ownership, use or operation of any motorized vehicle, trailer or watercraft.”

In a ruling released Aug. 14, 2017, Justice Mario Faieta of the Ontario Superior Court of Justice agreed with Economical.

In a settlement to the subrogated claim, Horsefield agreed to admit to allegations in a statement of claim, consent to judgement of (of $167,293.67 plus pre-judgment interest of $11,738.05, costs of $59,239.52 and post-judgment interest) and assign his rights against Economical to North Waterloo – which in turn agreed not to execute the judgement against Horsefield provided he “had truthfully represented that he is without the financial means” to satisfy the judgment.

Horsefield’s policy had a property section and a liability section. The liability section included a list of special limitations. Among other things, there was an exclusion for ownership, use or operation of a motor vehicle. The plaintiffs argued the special limitations – which also excludes claims arising from war, nuclear accidents, radioactive contamination and intentional or criminal act, among others – only applied to the ‘voluntary payment for damage to property’ portion of the liability policy and not to the other portions. The liability section included coverage for legal liability, voluntary medical payments and voluntary payment for damage to property. The voluntary payment for damage to property stipulates that it excludes ownership, use and operation of a motor vehicle. The coverage for legal liability was broken down into several sections, including one for caused by fire, explosion, smoke or water escape, rupture, freezing,

Economical argued that the omnibus exclusions apply to all coverages under the liability section of the tenant’s policy. Justice Faieta agreed.

Justice Faieta disagreed with the plaintiffs’ argument that if Economical had intended to apply the motorized vehicle exclusion to the legal liability section, then Economical “would have inserted that exclusion directly into that particular coverage.”

Although there is “some apparent redundancy in the presence of the motorized vehicle exclusion” found in other sections of the policy, “to interpret the policy in the manner suggested by the plaintiff would require that the Omnibus Exclusions to be ignored,” Justice Faieta added.

The plaintiffs’ interpretation would not make commercial sense and “would defeat the insurer’s clear intent to apply the motorized vehicle exclusion to all coverages” under the liability section of the tenant’s policy.

More News
Related
Exclusion clause for ‘conversion’ in comprehensive auto policy ‘does not come close’ to being easily intelligible: Court
Insurance lawyer explains how Ontario court ruling affects vehicle owners who ‘hand out their car like candy’
Commercial lease did not ‘expressly preserve’ right of landlord to pursue subrogated fire claim against tenant: Court
Your landlord agrees to insure the property. Why the landlord can still subrogate against you