How a terror attack could spawn E&O claims against brokers

If a terrorist attack takes place in Canada, brokers could face errors and omissions (E&O) claims from business clients whose property and liability policies do not cover them, the director of a Canadian managing general agent suggested Wednesday. 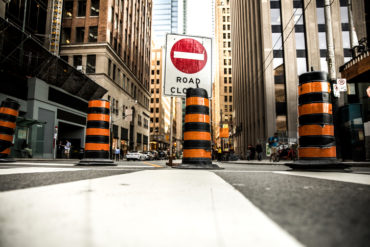 A typical commercial general liability policy does not cover lawsuits arising from acts of terrorism coverage, while commercial property policies in Canada tend to exclude terrorism except for ensuing fire, Douglas Everett, a director with Ches Special Risk Inc., suggested in an interview.

Are brokers telling their clients about terrorism coverage and the exclusions? “I am confident that good brokers will talk about it,” Everett said. “I am not confident that they sell it.”

The problem is, Everett adds, “if something happens, there [are] going to be a lot of E&O claims unless [brokers] are documenting their files sufficiently that this has been a priority. But I am not confident that’s the case.”

The Associated Press reported Monday that two lawyers filed lawsuits Nov. 20 in Los Angeles on behalf of more than 450 victims of the Oct. 1 shooting by Stephen Paddock, who killed 58 after opening fire from the 32nd floor of the Mandalay Bay hotel. Named defendants in lawsuits include MGM Resorts International and Live Nation Entertainment, AP reported.

“It’s precarious for a company not to have some protection [for liability] regardless of whether they were negligent or not,” Everett said. “If you have a group of people and it’s a restaurant, or if you own a mall and someone brings in a bomb and people are injured – no doubt there is going to be legal action.”

Totten Insurance Group defines terrorism “an act, or series of acts, including the use of force or violence, by a person or group(s) of persons, acting alone, on behalf of or in connection with any organization(s), committed for political, religious or ideological purposes including the intention to influence a government and/or to instill public fear.”

Large retailers and Fortune 500 firms with risk managers have looked at this very seriously, said Everett. “But if you’ve got a guy with a nice $12-million building in Toronto, not huge, is the broker going to take the time to explain all that for a $3,000 or $4,000 account? I don’t know.”

A business does not have to be the intended target of an attack to suffer a loss, Everett warned.

“If you are in an area where there is a congestion of buildings, depending on the size of the blast, you could have a blast radium of a kilometer,” he said. “It doesn’t have to be your building that gets hit, but I am not sure it’s a priority sale.”