Terrorism coverage that Canadians may not know about

Citing very tight definitions of the types of incidents that would trigger a terrorism policy, an expert is advising P&C industry professionals to help commercial clients get additional coverage, providing a wider scope of protection.

Terrorism is traditionally defined as an incident motivated by a religious, political, or ideological event.

“Often, that means that a lot of other stuff is excluded de facto, or because it doesn’t fit neatly into the definition of terrorism,” she said in an interview. “As we see today, unfortunately, the world is experiencing attacks that aren’t really that clear-cut. They don’t always fall into a neat box.”

One example of a potential terror cover that might draw the interest of clients is something called ‘malicious attack.’ This kind of coverage would include a broader range of incidents, filling the gaps left open by a traditional terrorism policy. 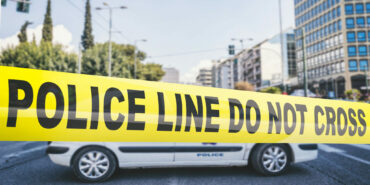 For example, a malicious attack may include an active shooter situation in a workplace, or a similar situation that shuts down a business such as a shopping mall, she told Canadian Underwriter.

Malicious attack would cover “anything where there has not been a clear definition of the motivation,” Plumptre said. “You just want to make sure that the default position is that [the situation] is covered, rather than it’s excluded.”

But why is there a gap in the first place?

Much of Plumptre’s experience comes from working in the U.K. market, where clients are aware of more options for terrorism cover. Here in Canada, fewer clients know what’s available to them, Plumptre explained.

The terrorism market grew after the attacks in the U.S. on Sept. 11, 2001, when many policies were put in place, she observed. “The U.S. has their backstop, the Terrorism Risk Insurance Program Reauthorization Act (TRIPRA). And a lot of the insurance market policy wordings adapted to fit around that.”

Canada, on the other hand, doesn’t have a similar backstop. However, given an increase in the number of incidents that don’t fall under such traditional definitions, there is a call for broader terrorism coverage, Plumptre said.

“[It’s] just a case of people giving it a bit more thought to how this applies to Canadian businesses for exposures in Canada,” she said. “In the past, I think the wordings have followed what’s already been drafted for U.S. corporates and U.S. plants, whereas Canada is a different landscape.”