Reinsurers are “striving to close gaps” in policies covering terrorism, while the decline in reinsurance pricing has moderated, Guy Carpenter & Company LLC suggested in a release Thursday. 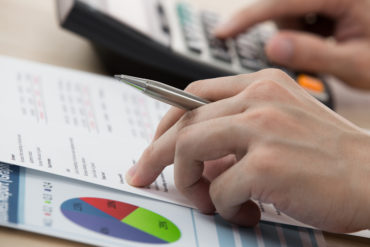 “While there are many areas of focus for product expansion and evolution in the coming year, with political volatility increasing globally, terrorism coverage needs will require a high level of vigilance,” stated Guy Carpenter, Marsh & McLennan Companies Inc.’s reinsurance brokerage, in its January 1 Renewals release.

“The economic costs of terrorism have skyrocketed, but demand for terrorism coverage has remained relatively flat,” Folkman said at the time. “And despite a proliferation of catastrophe bonds and other forms of alternative capital flooding into the property insurance market, relatively little terrorism risk has been transferred to the capital markets.”

In the United States, since 2002, the Terrorism Risk Insurance Act has stipulated, essentially, that property insurance must cover terrorism. The U.S. government would share losses under certain conditions.

Under the U.S. program that provides a federal backstop, an act of terrorism is one that is “violent” or dangerous to human life, property or infrastructure. TRIA coverage applies to damage within the U.S., or outside the U.S. in the case of certain air carriers and vessels, or on the premises of a U.S. mission. To be considered terrorism for the purpose of TRIA, an attack would have to be “committed by an individual or individuals acting on behalf of any foreign person or foreign interest, as part of an effort to coerce the civilian population of the United States or to influence the policy or affect the conduct of the United States Government by coercion.”

In 2013, RIMS recommended that TRIA require the inclusion of coverage of acts of terrorism involving the use of nuclear, biological, chemical or radiological devices.

“TRIA, as currently constructed, neither includes nor excludes NBCR events,” RIMS noted at the time.

“In keeping up with insurer needs, reinsurance is adapting to the evolving nature of terrorism and striving to close gaps in existing coverage,” Guy Carpenter said in its release Jan. 5, 2017. “In addition, new technologies, big data and predictive analytics, coupled with the ‘sharing’ economy will continue to present both challenges and opportunities for insurers in the year ahead.”

Guy Carpenter added the insurance linked securities market had a “dramatic movement in pricing during the fourth quarter,” with decreases as high as 30%.

“After remaining fairly stable in 2015, dedicated reinsurance capital increased by 5 percent from January 1, 2016 to January 1, 2017 as calculated by Guy Carpenter and A.M. Best,” Guy Carpenter said Jan. 5, 2017. “The Guy Carpenter Global Property Catastrophe Rate-on-Line index tracking property catastrophe pricing fell 3.7% at January 1, as compared to close to 9.0% a year ago.”