More attacks from drivers ramming trucks into crowds can be expected, Risk Management Solutions (RMS) Inc. warned Tuesday, a day after 12 people were killed in Berlin. 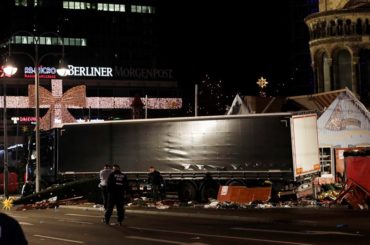 “As security is increased to meet one threat, terrorists follow the path of least resistance and attack in some other way,” stated RMS terrorism expert Gordon Woo in a statement. “We see this now with the use of trucks as weapons. Acquiring explosive material for making bombs is difficult.”

Tuesday’s truck attack in a market in Berlin left 12 people dead and nearly 50 injured, The Associated Press reported, adding that the Islamic State of Iraq and the Levant (ISIL) claimed responsibility. ISIL is known by several other names, including Dawla al-Islamiya fi al-Iraq wa as-Sham (DAESH). It is considered a terrorist organization by Canada, the U.S. and the UN Security Council. The Australian National Security reported earlier that ISIL’s “primary targets” include security forces in Iraq, Shia Muslim civilians and community and tribal leaders in Iraq who publicly condemn ISIL.

“Germany has experienced several small-scale terrorist attacks this year – the majority of them from armed individuals attacking the general public,” RMS stated Tuesday.

“Terrorists copy what is successful,” Woo said in the RMS release. “The killing of 86 people in Nice, France, on Bastille Day this year showed that ramming with a truck can be a very effective mode of terrorist attack and so unfortunately it seems we can expect more of these.”

Woo told Canadian Underwriter in October that the “primary terrorist risk would be of lone wolf attacks, such as in Ottawa two years ago.”

Woo was referring to the October, 2014 attack by Zehaf Bibeau, who first shot and killed Canadian Army Corporal Nathan Cirillo, who had been on sentry duty at the National War Memorial. Bibeau then entered the Parliament Buildings where he was shot and killed by Sergeant-at-Arms Kevin Vickers.

“Hundreds of terrorist attacks occur annually, but actual insurance payouts have been negligible,” Chris Folkman, senior director of model product management at RMS, told Canadian Underwriter earlier. “The economic costs of terrorism have skyrocketed, but demand for terrorism coverage has remained relatively flat. And despite a proliferation of catastrophe bonds and other forms of alternative capital flooding into the property insurance market, relatively little terrorism risk has been transferred to the capital markets.”

RMS noted Tuesday that at 8:14 p.m. local time on Monday, a 25-tonne truck “drove at speed into crowds at a Christmas market in Breitscheidplatz, central Berlin.”

That truck was driven 50 to 80 metres through the crowd, RMS added.

“The physical damage from such attacks is far less than for a bomb, but they score highly in two prized terrorist objectives: causing public fear and generating publicity,” Woo stated.

AP reported that before ISIL claimed responsibility, German top prosecutor Peter Frank told reporters there was “the prominent and symbolic target of a Christmas market, and the modus operandi that mirrors at least past calls by jihadi terror organizations.”

ISIL “advocates radical interpretations of Islam and claims religious authority over all Muslims,” Canada’s Department of National Defence stated in an earlier release. “It aims to create a caliphate in the Levant region – which includes Iraq, Syria, Jordan, Israel, the West Bank and Gaza, Lebanon, Cyprus and a part of southern Turkey – by converting or killing non-Sunni populations.”

One attacker who claimed loyalty to ISIL was Omar Mir Seddique Mateen, who took hostages June 12 at the Pulse Nightclub in Orlando, Florida. Local police reported 50 died, including Mateen, who was killed by police. Mateen “made clear his affinity, at the time of the attack,” for ISIL, FBI director James Comey said the day after the attack. But Comey added that Mateen “also appeared to claim solidarity with the perpetrators of the Boston Marathon bombing, and solidarity with a Florida man who died as a suicide bomber in Syria for al Nusra Front, a group in conflict with Islamic State.”

Last August, Aaron Driver died after being shot by police in a taxi in Strathroy, Ontario, west of London. Driver had made a martyrdom video that suggested he was planning to detonate a homemade bomb in an urban centre, the Canadian Press reported at the time.