The case for retaining clients instead of finding new ones

The insurance industry is putting a disproportionate amount of effort in bringing new customers to their business and not investing enough in client retention, which is a far more affordable strategy, says an industry observer.

Further plaguing the industry is the low level of trust customers show towards the industry as a whole — even if they may trust their own individual insurers, said Christian Bieck, insurance global research leader at the IBM Institute for Business Value. But there are opportunities for the industry to turn things around, he told a virtual conference.

Over the past six years, for example, trust among customers of their own insurance company went up 11 percentage points to 58%, Bieck reported, citing research data from his group. While still not a spectacular number, it shows an improvement, he said. “Insurance has come a long way, but they are still leaving a lot of money on the on the wayside.”

Meanwhile, fewer than half (45%) trust the insurance industry as a whole, Bieck said during a presentation at the recent Future of Insurance Canada virtual event.

“Why is this number important?” he said. “In a mature market, that’s the number you’re fighting against. If you want to gain new customers, they do not know you yet. They just know they don’t trust the industry. So your customer experience actually has to be a lot higher than it would be otherwise if the trust…was already higher.” 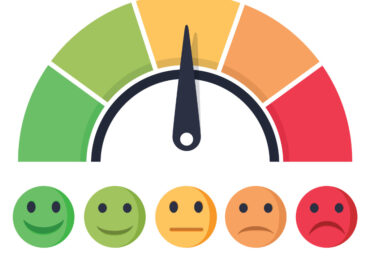 The consumer’s lack of trust in and familiarity with the industry may explain why the industry has invested so much time, effort and money in attracting new business.

But why don’t clients trust the industry?

That’s a tougher question, and Bieck thinks some cognitive bias is at play. Clients have middling happiness with their own company, he observed, but they don’t trust the industry as a whole, so they believe it’s unlikely they’ll be any better off if they switched. When they compare their current situation to what it could be, they figure things will be worse.

“It’s not that customer experience is really good, but it’s that the comparison is actually lacking,” Bieck said.

So expenses around customer acquisition are growing, but that means companies are so focused on bringing in new clients that it’s hurting their retention.

“We all know retention is actually the more successful measure,” Bieck said. “It costs up to six times less to retain a customer than it does to gain a new customer. All of this points to a certain lack of strategic focus: 60% of insurance executives agree there is a lack of strategic focus, at least to some extent, and that is a barrier to improving their customer experience.”

More data is required to improve the situation, he said. Acquiring consumer data doesn’t have to be the first step for a brokerage or a company, but it’s the most important one. That’s how they can start to improve the customer experience.

“Getting data is hard,” he acknowledged. “Almost half of consumers strongly agree that the less data and a company has about them, the better.”

To improve data-sharing, insurers need to increase the public’s trust in the industry, provide the benefits to consumers of acquiring their data, or show value in exchange for the data and make it easy to share, Bieck said.

When it comes to retention, technology plays a big role, Bieck said. Insurers using artificial intelligence have a higher net promoter score and better retention because they can take advantage of customer sentiment analytics. 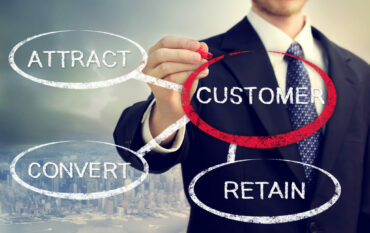 “That’s when you look at what customers are saying or writing to gauge what they’re thinking and actually feeling,” he explained. “And customers do want to be understood. Two-thirds of customers say it’s important that the insurers understand what they’re about, what their feelings are, what their emotions are.”

To get started, creating an agile culture with processes geared towards improving customer experience, Bieck recommended.

“Listening to customers is very important to set the stage for the future, to be able to gain data and understand the customer, and to actually give them what they want,” he said of the next step.

Finally, insurers should stop looking at their own industry peers to establish baselines, Bieck recommended. Instead, they should look at what companies in other industries are doing.

“That’s really the first step to a mindset shift, which is important to be able to improve customer experience above and beyond the simple mechanical point solutions that have been going on for a while,” he said. “Because there’s really a cultural and mindset shift that’s necessary. Looking beyond our own industry and our own country is the first thing that you can do to help create that mindset shift.”