Coverage that you should be discussing with your commercial clients

Brokers exploring new ways to protect their commercial clients should be making “malicious attack” coverage part of the conversation, a risk expert advises.

But it can be a tricky conversation for brokers to have. Clients may think they can’t afford insurance for what they perceive as rare incidents that could shut down their business, said Tamsin Plumptre, Toronto-based credit, political and security risks leader at EQUA Specialty Risk Partners Corporation. They’re questioning why they should spend money on something they think is unlikely to happen.

“That thought is driven a lot by cost,” she said. “People have those thoughts if they’re looking at a price tag and they’re thinking, ‘Is it really worth paying that?’ I mean, everyone’s going to say, ‘Sure, throw it in for free.’ So, a lot of it is making sure that it’s underwritten properly and that the risk is looked at.”

In a recent interview with Canadian Underwriter, Plumptre highlighted the ‘malicious attack’ policy options available to commercial clients. Since terrorism is limited in scope, clients may be at risk of a loss not covered by an event that doesn’t fall under traditional terrorism definitions, she observed.

Terrorism insurance is most commonly understood as cover for losses arising out events motivated by religious, political, or ideological beliefs. Malicious attack policies, on the other hand, are wider in scope, and cover events sauch as active shooter situations, for example.

If structured properly, standalone malicious attack policies don’t have to cost clients a lot of money, Plumptre said. “It’s expanding effectively on something that should already be there. So, if you’re talking to the right underwriters who understand what should be covered, it’s relatively inexpensive to achieve.” 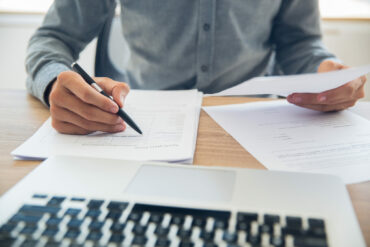 Educating clients is important. For example, coverage may be available for a malicious attack that doesn’t directly hit your client’s business. Perhaps the client owns a business in a shopping mall or in an office building that has to be shut down because of a nearby threat. That’s an indirect loss for which the client could be covered.

There could also be coverage for non-physical business interruption, Plumptre said in an interview.

“It’s for the unknown,” she explained. “We’re not quite sure what’s going to happen, but we can probably all guess that something will happen at some point. For prudent insureds who want to make sure that they’ve got as much ‘belts-and-braces’ coverage as possible, they should also be looking at this kind of exposure.”

These types of commercial coverages don’t often get the scrutiny they need, especially terrorism, Palumptre said. “It gets renewed as it expires year-after-year, unless you have a specialist who not only looks at it and understands what you’ve got, but then also has a good scope of what’s available in the market.”

A war exclusion, for example, suggests something more than just war is excluded. Or perhaps something is not covered under the sublimits. “Look at the sub-limits,” Palumptre urged. “Sometimes there might be a stipulation in there that said says terrorism is covered, but only if there’s a fire, for example.”

That’s where a malicious attack policy would come in handy for a client. “Coverage options are available today that would not have been available five years ago,” she said.