The critical piece of mapping out the claims process

Insurance providers who are paying for consultants to help change claims processes may be missing a piece of the puzzle.

“There are a lot of vendors who would like to spend a lot of time with you,” said Erin Fischer, chief claims officer at Wawanesa Mutual Insurance Company, on Wednesday at Connected Insurance Canada.

“I would say find the vendors that are willing to come and work with you through that process to make sure you are automating the right parts of the process. And for heaven’s sake, when you are doing that, bring in an actual customer and ask them a question on whether or not they think it is valuable to automate that part of the process,” Fischer said during her presentation, Why Talking To Your Customer is the Next Innovation in Claims. 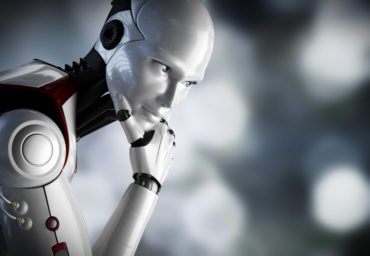 “Every day I am approached by vendors who tell me, ‘I would love to automate the claims process front to back,’” Fischer said. She then showed the audience a State Farm commercial lampooning the concept of robots trying to do the claims adjuster’s job.

In the State Farm video, a human-sized automated doll – reminiscent of robots from 1970s science fiction movies – comes to a driveway asking how it can be of assistance to the owners of a badly damaged car. The clients are played by James Harden and Chris Paul, professional basketball players for the Houston Rockets and Oklahoma City Thunder, respectively.

While a human State Farm agent – played by Oscar Nunez – tells the clients that robots do not have the compassion of a human, the robot retorts “I have compassion.” Then a stream of water comes out of the eye and he bends over and weeping, says, “I am so sorry for your automobile,” in a monotone voice.

“This is what I picture when I think about automation and claims sometimes when I hear people talk to me,” Fischer said.

“We have to make sure we think about having the right human connections at the right part of the process,” said Fischer.

She described an email she got from a consultant who had automated the claims process front to back.

“They said, ‘You know what? The customer is going to take pictures of their accident from the roadside, a tow truck is going to come to get them, and all of these things and it’s done.’ Really? Really? Have you driven the 401? Because I have, and I can tell you that if there was a pregnant woman in a car, the last thing that she should be doing is getting out of her car on the 401 and taking pictures of her car.”

Like many other insurance providers, Wawanesa executives look at their processes, draw maps and figure out where the pain points are for customers.

“When you were mapping out your current state with your pain points, did you actually sit down with customers and say, ‘Tell me which part of that process does not work for you? Tell me which parts of those processes you would actually want to have automated?”

There are areas where Wawanesa is taking advantage of technology where it makes sense. One example is paying claims by electronic funds transfer instead of by paper cheque.