Think your client is satisfied with how you handled their claim? Better get that in writing.

Almost one year after sending a letter to B.C. homeowners confirming that their $232,000 home insurance claim had been closed, a B.C. insurance company learned indirectly that the homeowners were suing them over the very same claim.

The homeowners did not serve their civil suit on their insurer, Westland Insurance Company, until 10 months after the adjuster’s (unanswered) letter went out in April 2018; the letter was to confirm that all matters in the two-year-old claim had been resolved and the file was closed.

Assuming the 10-month silence meant that its clients were satisfied with how the claim was handled, the insurer found out about the homeowner’s civil lawsuit indirectly almost a year later, in February 2019, just two days before the civil lawsuit was served. Filed in March 2018 (one month before the company’s adjuster sent out the letter confirming the claim was closed), the lawsuit also names the contractor who repaired the home.

Immediately upon learning about the lawsuit in February 2019, Westland asked the Supreme Court of British Columbia for an order compelling the homeowners to go through the dispute resolution process. The court agreed, rejecting the homeowners’ argument that their civil lawsuit would be prejudiced as a result.

Westland insured the Victoria, B.C., home of John and Virginia Pounden under a residential insurance policy that provided comprehensive insurance coverage for the land and all of its attached structures. On or about Mar. 13, 2016, a tree on or adjacent to the Poundens’ property caused damage to their home, its contents, and attached structures. The Poundens reported the damage to Westland that day, and Westland opened a claim, appointing Excel Adjustco Inc. as its adjuster.

Westland worked with the Poundens between March 2016 and April 2018 to resolve numerous issues associated with the claim. By spring 2018, Westland had paid more than $232,000. Finally, on Apr. 11, 2018, the insurance company’s adjuster sent a letter to the Poundens indicating that she understood the claim to be complete. 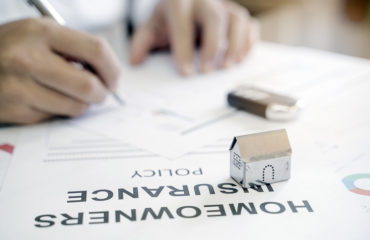 In the letter, the adjuster included a final proof of loss to be signed and returned by the Poundens; upon its return, the adjuster advised, the claim would be closed. The Poundens did not respond to the letter and never provided a final proof of loss. Instead, on Mar. 12, 2018, unbeknownst to Westland, the Poundens started a civil claim for alleged breaches of the insurance policy. The homeowners also seek damages from the company that repaired and remediated their property.

Westland was not aware of the civil claim for almost a year. They discovered it when they did a Court Services Online search on Feb. 26, 2019. They were served with the Notice of Civil Claim two days later, on Feb. 28, 2019. Until then, Westland had assumed the Poundens’ year-long silence meant that they had accepted the claim as closed.

Basically, the court found the insurer was entitled to interpret the Poundens’ silence as an indication that all disputes had been resolved — especially since the Poundens had vigorously pursued the resolution of various aspects of the claim in the two years prior to the adjuster’s letter closing the file. And ultimately, the court decided, dispute resolution makes more sense than a court case given the issues still to be decided.

“The [Poundens’] evidence discloses that during the adjustment of the claim, they raised a litany of issues, many clearly not of significant dollar value,” the court ruled. “Some were accepted and some were denied. A trial on many of the issues in dispute would be time-consuming, disproportionate to the amounts in issue and, in many respects, would require expert evidence.

“The myriad of claims underscores why the dispute resolution process should apply and be used to resolve these claims. The process would not be prejudicial to the respondents in these circumstances.”