Trevor Finlay, manager of Meadow Lake Provincial Park, says about 90 per cent of boats, campers and vehicles have been removed from Murray Doell campground.

He anticipates the remaining property will be gone by the weekend, although the campground remains closed indefinitely. 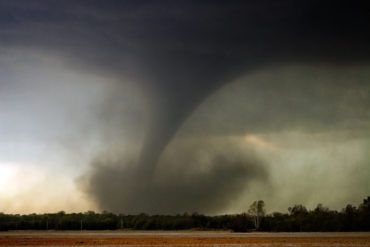 Hundreds of people were forced to leave after the tornadoes with winds up to 175 km/h skirted the area to the north and to the south and dropped golf-ball-sized hail on Saturday.

Three people were taken to hospital with minor injuries.

Finlay says a slow, methodical approach is being taken during cleanup so as not to cause further damage and to minimize risks from hazards such as propane tanks.

Crews will examine park property and inspect other infrastructure, including the service centre and water plant, to assess damage and salvage what they can.

Major repairs will need to be done on the campground’s electrical network, Finlay says, and downed trees will be removed and used for firewood or pulp, if possible.

The response from surrounding communities and other campers has been overwhelming, Finlay says.

The storm struck about 4:30 p.m. and by the time he arrived a half hour later, dozens of people were already there ready to help.

“Local restaurants (are) bringing in food for people who are working here.”