The good and bad news for reinsurers

The global reinsurance industry appears to be in a “state of equilibrium,” with positive and negative factors countering each other, according to a new report from AM Best.

Stable results have been driven by reduced property Cat exposures and a hardening market, but countered by inflationary pressures and risk modelling uncertainly, AM Best said in the report released Wednesday.

“Unlike previous market cycles, dominated by a few, but clear trends such as a wave of new entrants to the market attracted by steep rate increases, following capital erosion, the last four years have been characterized by a number of positive and negative drivers, with limited influence on their own, but which, on balance, continue to counter each other,” the report said. “Over the last year, a series of both positive and negative drivers have tended to counter each other, resulting in a state of equilibrium for the industry.”

That said, heightened Cat and secondary peril over the last five years have put investors’ risk tolerance levels to the test, and recent fears about sustained inflation and a potential recession may point to a decline in overall available capital, AM Best said. Secondary risks are also becoming more prevalent.

The finding regarding secondary perils is in line with what one reinsurer said during a recent industry event. “Secondary perils have been very active in the past 10 years,” Marcela Abreu, senior P&C solutions manager at Swiss said at the Canadian Association of Managing General Agents’ inaugural 2022 conference in June. 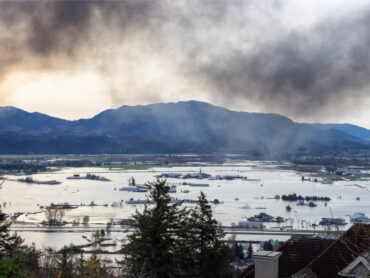 The P&C industry in Canada and globally needs to improve its modelling and understanding of secondary perils (such as the atmospheric river flooding in British Columbia last year), Abreu added.

But there is growing scepticism about models, AM Best said. “Although over a ten-plus period, most companies’ technical results hover around break-even, the higher frequency of events in the last five years and the long-term climate trends affecting them have exerted significant pressure on the level of confidence users put in modelling tools, a key component in the pricing process.”

Most reinsurers continue to restrict exposures to property catastrophe perils. “For the last two years, reinsurers have been shifting covers to higher layers of protection, raising deductibles, lowering limits, adding explicit exclusions, avoiding aggregate covers, restricting specific perils and geographies, and generally becoming more selective with their cedents, to mitigate adverse selection and credit risk – all this, at a time when cedents themselves crave for more stable results and have the protection of their balance sheets at the top of their priority list.”

Instead, most reinsurers’ risk profiles are shifting rapidly toward excess and surplus lines, casualty lines, or primary specialty business, thanks to expectations of higher and more stable underwriting margins, despite persistent concerns about economic and social inflation.

In 2021, for the first time in five years, global reinsurers posted an underwriting profit (albeit a small one). Despite notable Cat losses in 2021, many stemming from secondary perils, the average combined ratio of the Top 10 global reinsurers was 99.2%, AM Best reported in mid-August. That’s more than five percentage points better than the 104.9% in 2020.

“Reinsurers remain focused on stabilizing results and consistently working to meet their cost of capital—something that still constitutes a mixed bag. Given the current market uncertainty, most players feel the need to keep a material amount of dry powder to protect their balance sheets against market fluctuations and to deploy resources prudently when the right opportunities arise.”