Politicians in New Jersey, Ohio and Massachusetts have all drawn up proposed legislation that would force U.S. property and casualty insurers to pay for some business interruption claims for COVID-19 retroactively.

The American Property Casualty Insurance Association (APCIA) says the legislative proposals could cost the nation’s P&C insurers between $220 billion and $383 billion per month. To put this into context, the “total surplus for all of the U.S. home, auto, and business insurers combined to pay all future losses is roughly only $800 billion,” APCIA noted in a lengthy media statement.

APCIA noted that P&C insurers in the United States handled 3-million claims during the 2005 hurricane season, including claims from Hurricanes Katrina, Rita, Wilma, and several others (a standing record). But for the COVID-19 pandemic, if the legislators’ proposed bills were to go through, American P&C insurers could potentially be on the hook for more than 30-million claims from small businesses operating in the United States. 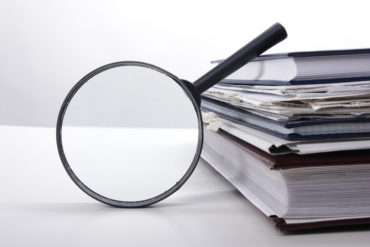 APCIA said its estimates were based on an analysis of publicly available data sources, including from the Bureau of Labor Statistics (employment, wages), ISO and Houston Chronicle (average revenue and profit).

“Many commercial insurance policies, including those that include business interruption coverage, do not include coverage for communicable diseases or viruses such as COVID-19,” the APCIA declared in its statement. “There are some who are calling for actions that would retroactively rewrite existing insurance policies to add new risks to the promises that were made to insurance customers. These types of proposals could have dramatic repercussions for families, individuals, motorists and businesses, potentially compromising the financial ability of insurers to meet their existing promises…

“Any action to fundamentally alter business interruption provisions specifically, or property insurance generally, to retroactively mandate insurance coverage for viruses by voiding those exclusions, would immediately subject insurers to claim payment liability that threatens solvency and the ability to make good on the actual promises made in existing insurance policies.”

In Trenton, N.J., Bill A-3844 would compel insurance companies to cover claims by New Jersey small business owners (defined as 100 or fewer employees) for damages resulting from interruption of their operations due to the [Mar. 9, 2020] COVID-19 state-of-emergency declaration by Gov. Phil Murphy, and executive orders that forced them to shut down temporarily. The bill did not make it to a vote, as legislators have given insurers time to come up with alternatives. But it is not off the table.

Ohio followed New Jersey’s lead. There, the intent of Bill H.B. No. 589 is “to require insurers offering business interruption insurance to cover losses attributable to viruses and pandemics [e.g. COVID-19].” That legislation would include COVID-19 claims dating back to a state of emergency dating back to Mar. 9, 2020.

In Canada, there have been no such political calls to action. Brokers told Canadian Underwriter recently that pandemic coverage is not offered under most basic commercial insurance packages; that’s largely because the immense size and scale of businesses losses due to COVID-19 would render the risk uninsurable.

For example, the capacity in the private market available in Canada for all home, car and business insurance is said to be approximately $50 billion. In contrast, the Trudeau government’s most recent federal aid package to help Canadians through business shutdowns caused by the spread of the novel coronavirus is $82 billion.