The impact of hardening Lloyd’s market on Fairfax

Fairfax officials faced pointed questions during its recent earnings call from one analyst who suggested Brit’s return on capital has been less than 10%.

“It is primarily catastrophes,” replied Fairfax president Paul Rivett. He was alluding to the fact that Brit reported losses of US$98 million in 2018 from California wildfire alone, on top of US$56.3 million from Hurricane Michael. 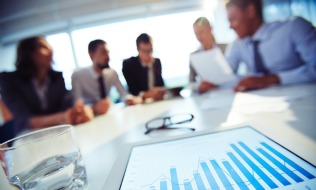 “The Lloyd’s market has gotten tougher and so there is a rebalancing happening in Lloyd’s. We think over the long term, Brit’s one of the companies that is going to benefit from that,” added Rivett.

The Corporation of Lloyd’s said earlier its syndicates are being asked to do in-depth reviews of the worst-performing 10% of their portfolios.

Eight Lloyd’s syndicates have since closed, suggested Albert Benchimol, CEO of Axis Capital Holdings, on Jan. 31 during his company’s earnings call. There were also 70 different announcements of exit or significant reductions in various lines from market participants, Benchimol added of the London market.

Fairfax (which also owns OdysseyRe and Northbridge) was profitable overall in 2018 but Brit had a combined ratio of 105.2.

Brit was hit harder by catastrophes in 2018 than other Fairfax-owned insurers, Rivett suggested this past Friday.

Fairfax acquired a majority interest in Brit for about US$1.88 billion in 2015.

The October, 2018 California Camp Fire cost the industry about US$12 billion, Aon Benfield reported in Weather, Climate and Catastrophe Insight, a recent report on catastrophes in 2018. The Camp Fire destroyed 18,804 structures alone, including most of the city of Paradise, Aon Benfield said.

In essence, this means an insurer could hold a stock for years and that stock’s fluctuating market price would be reflected in the insurer’s reported earnings.

Fairfax reported net losses on investments of $664 million in the last three months of 2018 alone.

The top 20 equities owned by Fairfax dropped in value by more than US$500 million in the fourth quarter of 2018, Rivett said. But since the beginning of the new year, those stocks recouped 50% of that loss.

Among the examples Rivett cited were BlackBerry Ltd., which makes the smartphone of the same name.