The insurance implications of digital healthcare

As the digital healthcare market continues to evolve, the insurance industry in Canada should consider gaps or exclusions in current policies and the need for a bespoke option.

Digital healthcare will include a focus on two areas: 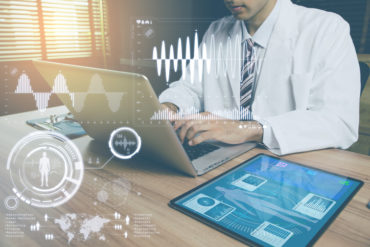 From an insurance standpoint, the main issue is that exposures in this area span across multiple underwriting teams, said Tim Boyce, healthcare team leader with specialist insurer CFC Underwriting, in an interview Monday. For example, medical malpractice policy triggers have remained static, while cyber insurers exclude all forms of bodily injury.

“If a patient’s surgical procedure is delayed or they can’t get their repeat prescription, what is the knock-on effect of that?” Boyce asked. “We have seen bodily injury claims arising out of those things.

“The key here is there is going to be lots and lots of grey areas present with an insurance placement or, worse still, we’ll see finger-pointing between three or more insurers over the proximate causation of a loss and who’s going to cover.”

Some companies are even leveraging artificial intelligence to deliver digital healthcare services via technology like chatbots, “which obviously does present an even bigger issue because if something goes wrong with the AI, how long does it take for it to be identified?” Boyce asked. “It could be days, months or even years and in healthcare, those delays could have a serious consequence.”

If a physician makes a misdiagnosis, it can be pinpointed; if a product like a medical device makes an incorrect read, it can be pinned back to the manufacturer. “But what about artificial intelligence? Who do you blame when that goes wrong?” Boyce asked.

From an errors and omissions perspective, brokers may be dealing with a company that is offering telemedicine and leveraging AI, but “if they don’t know there’s a bespoke option, they’ll try and source a medical malpractice policy, they’ll get a tech policy and a cyber policy,” Boyce said. “Those three policies, if they’re not looked at by the same underwriter, they’re probably not going to talk to each other.”

What is needed is a bespoke option that covers, for example, bodily injury that arises from cyber events and system outages. CFC Underwriting offers such a product in the United States already and will launch it in Canada and the United Kingdom next month.

Currently, AI is only being used for assisted diagnosis at the moment. The chatbots are very, very conservative and their tendency is to send them to a doctor for consultation if there is a problem, Boyce reported. In the future, he predicts telemedicine will continue to evolve and will “100% redefine the way healthcare is delivered in the future.

“It won’t be long before you have some of these digital healthcare companies that don’t have the adequate coverage in place because they haven’t bought a specialist policy,” Boyce said. “Making sure they get a bespoke option will all of the key coverages in it is a really important point. It bridges across multiple underwriting teams.”