After nearly three months of recreational marijuana being legal in Canada, insurers are still trying to wrap their heads around a sector with no track record and lots of uncertainty.

For specialist insurer CFC Underwriting, there is still some caution around certain lines. 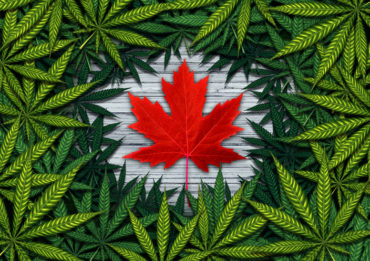 “Cannabis went live, as it were, on Oct. 17 and for now, we feel comfortable to offer D&O [directors and officers] cover and cyber cover, matching two areas of the new economy there,” said Andy Holmes, chief underwriting officer with CFC Underwriting, in a recent interview with Canadian Underwriter. “Where we have some caution right now is around E&O [errors and omissions], CGL [commercial general liability] and to an extent, product recall.

“We’re just working through the exposure scenarios there just to make sure we can be comfortable with it because we want to play in this market in the long-term, therefore we want to be sure of our footing when we enter it,” Holmes said.

That said, Holmes predicts CFC will be “fully comfortable” with the E&O and product recall spaces in the first part of 2019, with CGL likely taking longer. CGL exposures are much broader, from the potentially carcinogenic effect of smoking marijuana through to liquor liability-type cover.

“What we don’t know is the type of outlets which will feature prominently as the cannabis market develops,” Holmes added. “We need to have comfort and give our backers some comfort, but we are understanding those exposures, addressing them and pricing them properly. I think that’s a bigger job to do, which will take longer.”

While the restaurant industry and other sectors have taken many steps to address liquor liability-type exposures through risk management, “it hasn’t stopped insurers losing more than they win in writing liquor liability. There’s many more carcasses around the place than there are people standing in the liquor liability space.”

The risk management process for marijuana hasn’t fully formed yet and some outlets may not be properly managing themselves. “That gives me, as an underwriting manager, a lot of cause for concern.”

Despite the concern, Holmes said CFC is exciting about the Canadian cannabis sector. The insurer is writing a number of case studies about the claims it is seeing in the cannabis space, including risk management and other topics. For example, in Ontario, where marijuana is sold online, it might be more about cyber claims, while in other province, it might be more CGL or E&O exposures.