The next big step in accelerating real-time data exchange

The Canadian property and casualty insurance industry intuitively understands the benefits to brokers, carriers and consumers of better connectivity — it’s a matter of getting everybody moving in the same direction, an industry veteran told Canadian Underwriter recently.

Reid, who has over 27 years of industry experience with (what is now) Intact, Aviva and vendor Trufla Technology, spoke with Canadian Underwriter this week following his appointment at the beginning of the month. The industry understands the benefits of better connectivity, such as improved customer experience, reduced costs, and improved digital marketing and sales opportunities, he said. Greater connectivity is “where the industry wants to go and where the industry needs to go.”

Reid’s job is to get everybody moving in the same direction. “It needs to be an industry initiative,” he said. 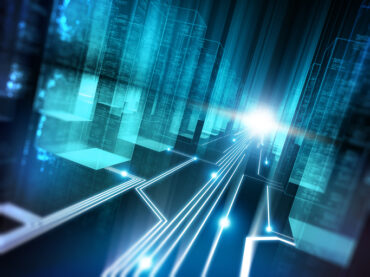 Everybody Reid’s spoken with about the DX project is supportive. “I’ve talked to quite a few players on the carrier or broker technology side and I have yet to talk to somebody who disagrees with this,” Reid said. “‘Yes, we need to do this. Yes, we need to respect the CSIO [Centre for Study of Insurance Operations] standards. Yes, it’s the right thing.’”

He acknowledged that the initiative is a huge undertaking and it may take years more to get everything done (the conversation around DX dates back to 2008). “It’s not something that’s going to be solved in the next three to six months,” he said. “But we’ve got to get started and get things rolling. I believe that once there’s some wins out there, people will get more interested because they’ll start seeing the benefits.”

For example, brokers could see the benefits to billing inquiries if, instead of having a client call them and have the broker go onto a carrier portal or call an underwriter, a client can complete the billing process themselves quickly. “So, the customer is happier and now that cost is not being borne by the industry,” Reid said. “Once you start seeing some of those benefits come to fruition, I have to believe people will start getting excited about saying, ‘We’ve done that, it’s great, what’s the next one on the list?’”

Once the initiative tackles those four initiatives, it will “identify things that are of highest value to brokers and lower cost or complexity to implement so, hopefully, we can get some quick wins past the first four transactions,” Reid said.

For brokers, the benefit comes in the form of improved customer experience, digital marketing/sales and reduced costs, Reid reiterated.

“If there was a way for the broker to use their own system that connected to the carrier system so that all the information is correct and updated everywhere and they didn’t have to go into multiple systems, they wouldn’t have to spend as much money on stuff that doesn’t generate value,” he said. “Secondly, they could invest that time working with their clients or generating new clients. Not having connectivity generates a lot of inefficiencies, having it gets rid of those and actually benefits the end consumer.”