The next revolution in telematics: An insurer partners with an automaker to collect data

An American auto insurer has partnered directly with a car manufacturer to get access to driver data and provide insurance coverage based on that information — and one Canadian expert thinks it’s a viable idea that could gain traction here.

Many telematics-based insurance policies get driver behaviour details from an app on the driver’s phone or a dongle plugged into the vehicle’s OBD-II port. In contrast, Metromile will get the data from the vehicle manufacturer. In essence, this means the client won’t have to do anything to provide data to the insurer.

“Connecting your car directly to your insurance is a big step toward making insurance much more personalized to your driving habits. We’ll see more convenience, customization, and savings than ever before,” claimed Metromile CEO Dan Preston when announcing the news. 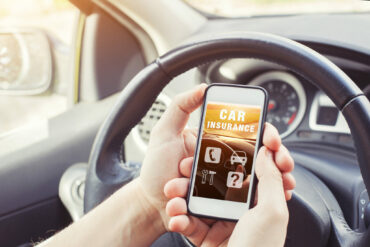 “Telematics-based solutions have been available for a number of years — I’m going to say 10-plus years, if not longer,” he told Canadian Underwriter. “When we look at the Canadian insurance marketplace and the U.S. marketplace, most of the main line insurers have some sort of telematics offering.”

Metromile is unique in the U.S. market, where clients pay for insurance by each mile they travel. CAA’s MyPace is the closest Canadian equivalent, Kerr noted. These options have limited appeal in the broader marketplace.

“There’s a narrower niche of users who would like to pursue that kind of offering,” he said. Kerr cited his father-in-law, who drives just a few thousand kilometres a year, as someone who would be interested in a pay-by-the-mile type of insurance model. “It’s great for him because it’s very highly oriented around low-usage driving.”

But as clients drive more, the appeal reduces. So finding new ways to make telematics offering more enticing to consumers is the next logical step for companies. “That’s a long way of saying there’s certainly viability in the insurance marketplace around telematics offerings. I think there’s a lot of room to grow,” Kerr said.

It wouldn’t be surprising if insurers keep an eye on the Ford-Metromile partnership as the industry expands in the telematics insurance space. “I applaud Metromile for working with Ford to go down this path and see what the result is,” Kerr said. “I’d be very interested — and we probably won’t know this — about the behind-the-scenes agreements around use of data, and who owns the data associated with vehicle usage, because that’s a very important part of it.”

Having a carmaker partner with the insurance industry to provide the data, as opposed to the client providing it to their insurer through an app or dongle, is also noteworthy, since some vehicle manufacturers have moved into the business of providing insurance themselves in the U.S.

“Volvo has a subscription service that includes insurance,” Kerr observed. “Tesla is offering, in California, built-in insurance connected with their cars. There is a lot of common sense for the carmakers themselves to offer convenience services — whether it be financing, insurance services and so on — that would make it a more attractive, holistic offer for one-stop shopping for their clients.”

1 Comment » for The next revolution in telematics: An insurer partners with an automaker to collect data