The opportunity in telematics that awaits insurers

As more connected vehicles enter the automotive space, there’s a great opportunity for insurers to offer drivers more than a score based on their driving habits. Instead, said an industry observer, carriers can offer a greater array of services and become more integrated with their clients.

It will all be possible thanks to the data drivers will be generating in connected cars — vehicles that can communicate with other systems outside of the car. It’s estimated that 75-95% of new vehicles sold in Canada will have some type of connected capability by 2022. For the last few years, before the COVID-19 pandemic, about two million new vehicles were being sold in Canada annually, according to DesRosiers Automotive Consultants.

Data being generated by vehicles is worth plenty to a number of industries, including insurance.

“The data is what I would call ‘the big opportunity’ for both the carmakers and for the insurers,” said David Kerr, partner in the industry solutions practice at Deloitte Canada. “Usage-oriented data can provide insurers with the opportunity to more highly customize offerings for certain kinds of drivers and can provide an opportunity for services that they can offer or other partnerships.”

For example, if an insurer knew the driving habits of its client and where they were driving, it could suggest a different travel route that it deems to be safer.

“’And if you do that, then I’m going to give you a better rate,’” is what the insurer would say, Kerr said. “Or it’s purely for safety reasons and being able to provide better guidance around navigation.” 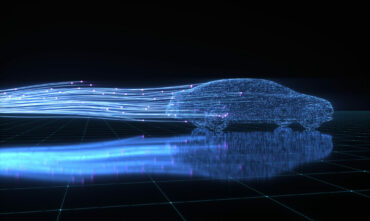 It could even go a step further where insurers are aligned with other businesses and the driver is offered services provided by the third party. Other automotive experts have opined that partnerships could be aligned with, say, coffee shops where the vehicle notifies the driver that they’re in the area of the shop and, after the driver gives a verbal command, an order would be placed and ready for pick up in the estimated time it would take to reach the location. The driver would then be provided with a route deemed by the insurer to provide the best rate.

“So there are different opportunities for offerings that are above and beyond what I would call just buying the car and insuring the car by using that data,” Kerr said.

The current telematics environment is limited, in the sense that it’s simply a ‘put a device in your car, drive safely and get a discount’ type of situation. Insurers can’t penalize drivers under the current regulatory environment.

“The opportunities for telematics, for them to be something that is going to grow, it has to be around, ‘How do I use the data in a more value-added fashion?’” Kerr said. “So, what am I providing to the end insureds, beyond just providing a reasonable discount for safe driving?

“And the more that insurers can be thinking in that notion, I think the opportunity is there for great innovation.”

There is one major stumbling block: Who owns the data generated by the driver and the vehicle. Such a debate is currently underway in both Canada and the United States where associations representing the automotive aftermarket are arguing that such data belongs in the hands of the vehicle owner, using the slogan, “Your Car. Your Data. Your Choice.”

In the recent U.S. elections, the aftermarket scored a victory in Massachusetts where voters said “yes” to preserve the right of vehicle owners to have access to and control of their vehicle’s mechanical data necessary for service and repair at the shops of their choice. However, other types of vehicle-generated data remain at the debate table.

And how that debate evolves could unlock how data can be used by insurers.

“I think insurers need to look at how do they get access to more data to provide more value to their end clients and that might play out into services or products,” Kerr said. “And that’s going to require some evolution in this product.”

1 Comment » for The opportunity in telematics that awaits insurers