The shifting trends in cargo theft

The COVID-19 pandemic has affected a number of P&C insurance industry segments from auto to business interruption, and cargo theft is no exception.

Large events such as the pandemic will result in shifts to the methods and types of goods stolen by cargo thieves, said Scott Cornell, national practice leader, transportation, with Travelers’ inland marine division. In fact, Cornell reported, there has already been three shifts in cargo theft trends over roughly the past 15 years — from electronics, to food and beverage, to home goods (and then back to electronics).

Prior to the beginning of the recession in 2008, electronics was the number one selling stolen commodity in Canada, the United States, and South America, Cornell said in an interview with Canadian Underwriter Oct. 7.

“When you look at that, you see people had more money to buy what we would consider luxury items like electronics, so that’s what they were buying,” said Cornell, who has about 25 years’ experience in the transportation industry. “Anytime there’s downshift in the economy, you will see people react differently to what they’re going to spend their money on.

“We always say that in economic downturns people will concentrate on clothing themselves, feeding themselves and housing themselves,” Cornell said. “And the cardinal rule with cargo thieves is that they’re going to steal what they know they can sell. And so, they made that shift.” 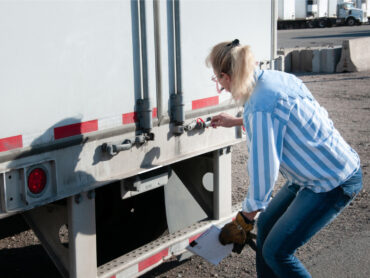 By 2010, food and beverage took over the number one stolen item spot from electronics. “We know that [cargo thieves] initially made that change because of the economic reasons,” Cornell said. “But they continued with food and beverage, because they realized, ‘Hey, this is actually a really good commodity for us.’”

Food and beverage are harder to trace — “there’s no barcode on frozen chicken, there’s no serial number on a pistachio,” Cornell said — and the evidence is consumed. And if it spoils, thieves can dump it. “So much more difficult to trace in every sense.”

Why? There is a shortage in goods, including electronics, he said. “We’re talking about a supply chain that’s very busy right now, very congested.”

Cargo thieves are targeting those electronics, and food and beverage has moved back into the number two spot. “I do think long-term, we’ll see food and beverage go back to that number one spot as things level out,” Cornell predicted.

He recommends that clients focus on these top three categories — electronics, food and beverage, and home goods. Factors to consider include what are the processes and procedures when it comes to this cargo, what kind of security is used to secure those loads, and are they planning the routes?

In Canada and the United States (and in most places across the globe), cargo theft reporting is voluntary. “Reporting in Canada is generally very low,” Cornell added. “We could get a better grip on the trends, and the idea of the trends that are most relevant to Canada, if the reporting was more uniform across the board.”