Asbestos-related commercial liability claims could soon reach a peak, but they continue to be a concern for the property and casualty insurance industry, suggests Prem Watsa, founder and chairman of Toronto-based Fairfax Financial Holdings Ltd.

“Asbestos has been a problem [for the P&C industry] for  some time,” Watsa said Feb. 14 during a conference call discussing Fairfax’s financial results for 2019. “This is what they call social inflation.”

Fairfax-owned insurers include Northbridge, Odyssey Group, Allied World and Brit PLC. Company-wide, Fairfax Financial reported Feb. 13 it made a profit of US$2 billion on gross written premiums of US$17.5 billion in 2019, with an overall combined ratio in 2019 of 96.9%. Most of Fairfax’s insurance revenue comes from carriers based outside of Canada. In Britain and the United States, Fairfax has a run-off division – Riverstone Group – whose operations include, among other things, acquiring discontinued insurance lines. 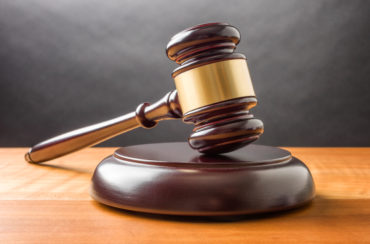 Fairfax’s run-off group had net adverse development of US$216 million in 2019, principally related to strengthening of asbestos and pollution reserves, said Jennifer Allen, vice president and chief financial officer of Fairfax, during the Feb. 14 earnings call.

“Plaintiffs’ lawyers have been extending their reach into all sorts of nooks and crannies to get anything that’s got a little asbestos – they come after the companies,” Watsa said in reply to an investment banking analyst who asked for more detail on the asbestos liabilities. “And we think it might be peaking sometime in the next few years.”

Mesothelioma and lung cancer are among the risks of handling asbestos. At-risk workers include construction professionals working in demolition, pipe fitters, insulation workers, and auto brake mechanics, the Workplace Safety Insurance Board of Ontario reports.

Asbestos-related illness often develops decades after the victims were first exposed to asbestos.

“It is an industry-wide concern as the plaintiffs’ lawyers extend their reach,” Watsa said during the earnings call. “They have been coming after the insurance companies and other companies for decades now, and we think it will peak out, but it is still something that we watch very carefully.”

Companies that have been named in lawsuits as a result of asbestos include Goodyear Canada Inc., which exported gasket material containing asbestos between 1969 and 1973 to customers in the United States, the Court of Appeal for Ontario noted in a 2013 ruling over a coverage dispute. In Goodyear’s case, the insurers won because they started excluding asbestos in the mid-1980s. Goodyear Canada was unsuccessful in its Ontario suit, filed in 2004, asking for a declaration that insurers with whom it had occurrence-based policies in the 1970s provide coverage for future asbestos-related lawsuits.

South of the border, The Travelers Companies Inc. paid US$524 million to settle asbestos-related coverage litigation with PPG Industries Inc., part owner of a thermal insulation manufacturer that filed for bankruptcy in 2000 due to asbestos related lawsuits.