The underrated factor pushing down the industry’s profitability

The impact of low interest rates on insurer profitability is something that warrants more discussion, suggests a senior executive with one of the world’s largest reinsurers. 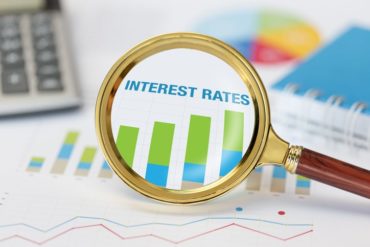 “This is something that significantly impacts the profitability of the insurance and reinsurance industry, and I don’t think there has been a full appreciation for how severe that problem has become,” Keith Wolfe, president of United States property and casualty for Swiss Re, said of low interest rates during a recent episode of A.M. Best TV.

“It’s something we are trying to raise here at Swiss Re when we have interactions throughout our client base,” Wolfe said in the video, published Jan. 16. “It’s really important to focus on this more and to give it more attention as we move into 2020.”

Low interest rates make it harder than normal for property and casualty insurers to offset underwriting losses with investment income.

In the United States, the Associated Press reported last month that the Federal Reserve expected to keep low rates unchanged throughout 2020. The fed announced Dec. 11 it is keeping its benchmark rate in the range of 1.5% to 1.75%. The fed dropped that rate three times – by 25 basis points each – in 2019.

The Canadian property and casualty industry is experiencing “headwinds on the investment side of things,” said Charles Brindamour, CEO of Intact Financial corp this past November during the insurer’s 2019 Q3 earnings call.

When making its rate decision announced Jan. 22, the Bank of Canada weighed the risk that inflation could fall short of target against the risk that a lower interest rates would lead to higher financial vulnerabilities, the Canadian Press reported, quoting Bank of Canada governor Stephen Poloz.

“Governing council will be watching closely to see if the recent slowdown in growth is more persistent than forecast,” Poloz said. “In assessing incoming data, the bank will be paying particular attention to developments in consumer spending, the housing market and business investment.”