One tip you can offer clients to help prevent basement flooding

Do your home insurance clients ever look at their sump pumps?

A homeowner may have a sump pump and not realize that the motor has seized up or that the circuit breaker has tripped. To be on the safe side, if a homeowner has a basement with a sump pump, the owner should check it every four months, says Larry Freiburger, director of operations for AET Group Inc., a Kitchener-based environmental consulting firm.

Freiburger spoke Wednesday at the launch of the Toronto Home Resilience Pilot Program, a pilot project providing flood risk assessments for homeowners. The program is funded in part by Insurance Bureau of Canada (IBC) and Intact Centre for Climate Adaptation at the University of Waterloo. 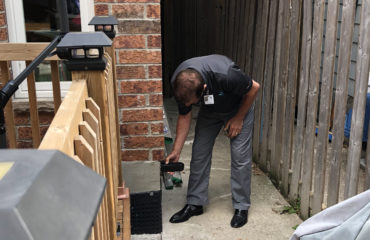 The program entails a subsidy of more than $300 towards an assessment by AET of basement flood risk. It was launched at the home of one of the first participants, Lindsay Bunce. Her detached Toronto home is near the Stockyards, about halfway between the downtown core and Pearson International Airport.

An AET inspector spent about two hours in June going through Bunce’s 104-year-old home. That inspection “revealed some things” that were not identified by the home inspector who looked at her home two years ago, before she and her husband bought it.

For example, as part of the Toronto Home Resilience Pilot Program, the AET inspector going through Bunce’s home discovered a crack in the foundation, potentially leading to rainwater seeping inside. With $20 worth of sealant, Bunce and her husband sealed the foundation this past weekend as a “stopgap” measure. They plan to hire a mason to do a more in-depth repair.

This weekend, based on advice from the inspector, Bunce and her husband plan to do some eavestrough repair. 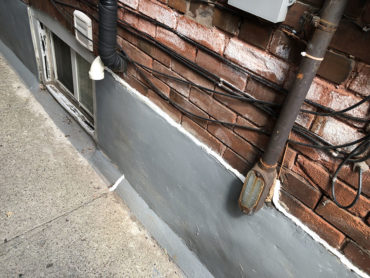 In order to reduce basement flood risk, Lindsay Bunce sealed the foundation of her home, as a “stop gap” measure, based on advice from a report arranged through the Toronto Home Resilience Pilot Program.

Participants in the pilot Toronto Home Resilience Pilot Program have to pay $95 for an assessment. The remainder of the cost (totalling $450) is subsidized. Contributors to the program include the Intact Centre for Climate Adaptation at the University of Waterloo, which is kicking in $11,000. The Insurance Bureau of Canada is contributing $50,000.

IBC is participating because it is important to educate homeowners on how to mitigate flood risk, Arthur Lofsky, IBC’s senior advisor of climate adaptation and infrastructure, said during the launch Wednesday.

The program will accept up to 200 participants. Anyone wanting to participate should check the City of Toronto website at www.toronto.ca/resilientto.

If a homeowner registers online, a person from AET would contact the homeowner by phone or email, Freiburger said. 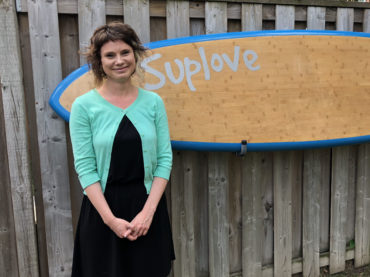 Lindsay Bunce, the homeowner who hosted the launch of the Toronto Home Resilience Pilot Program.

The inspections would normally take 60 to 90 minutes and homeowners get a report identifying major factors affecting flood risk.