This area could get half a metre of snow

FREDERICTON – An intense winter storm is forecast to descend on the Maritimes on Sunday, and the New Brunswick government is warning residents to prepare for power outages.

Environment Canada says a low-pressure system approaching from the southwest will track across the Bay of Fundy, dumping between 20 and 60 centimetres of snow across much of the province.

In Nova Scotia, between 10 and 20 centimetres of snow is in the forecast for much of the province, with the higher amounts expected in northern Nova Scotia. 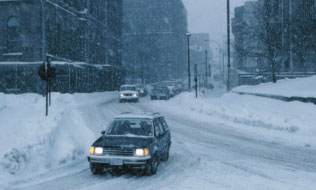 Residents of Prince Edward Island are being told to brace for between 20 and 40 centimetres of snow and rainfall amounts reaching 40 millimetres.

The storm is also expected to deliver strong winds and freezing rain, particularly in southern New Brunswick and along Nova Scotia’s Atlantic coast.

New Brunswick’s Department of Public Safety says residents should have well-stocked, 72-hour emergency kits in their homes and vehicles.

The kits should include food, water, batteries, a flashlight, a battery-powered radio, first-aid supplies, cash in small bills in case ATMs are unavailable, prescriptions, infant formula and equipment for people with disabilities.