The difficulties some condominium corporations are having in finding insurance has reached a “crisis” Canada-wide, a lawyer told a committee of Ontario legislators looking at proposed changes to the province’s condominium law.

“We’re facing a condominium insurance crisis across the country,” said Nancy Houle, president of the eastern Ontario chapter of the Canadian Condominium Institute, during a recent Ontario legislative committee hearing.

Earlier this month, the Insurance Bureau of Canada said it is “engaging” a risk manager who can make practical recommendations to Alberta condominium corporations to reduce their risk. 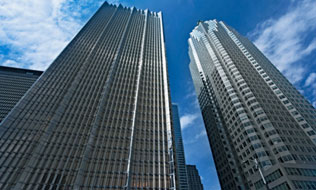 The IBC risk manager has yet to be named. An example of what IBC’s risk manager could do is to advise a condo corporation on why it is considered high risk and how it can mitigate that risk.

“There’s a need to look at the fact that many condominium corporations can’t even obtain insurance as a result of the crisis,” Houle said Jan. 21 during a meeting of the Ontario legislature’s Standing Committee on Justice Policy in Windsor. She was asked by Brampton East MPP Gurratan Singh for her thoughts on the rising cost to consumers of condominiums.

The main focus of Houle’s presentation was several proposed reforms in condominium law.

The government announced Dec. 12 it is proposing to broaden the scope of disputes that can be heard by the Condominium Authority Tribunal (CAT). Right now, the CAT only hears disputes over records, such as when a resident wants to look at board minutes. So the government is proposing to broaden the CAT’s power so it could also hear disputes arising from annoyances and disruptions, including noise, odour, smoke, vapour, light, vibration and infestation.

But the CCI is concerned the term “annoyance” could mean different things to different people.

“What is light? Indoor or outdoor light? Intensity? Odour: What kind of odour—cannabis, tobacco, cooking?” These questions were posed Jan. 20 by Armand Conant, a member of the Canadian Condominium Institute (Toronto)’s board of directors and a lawyer with Shibley Righton LLP’s Condominium Law Group.  Conant made his remarks before a justice policy committee hearing in Brampton.

One of the government’s proposals would introduce a new legal definition of activities that are prohibited in condominium complexes, said Houle.

“While CCI is most certainly in favour of the introduction of provisions which will help to foster harmony in community living, these provisions, in our view, need to be clear and allow for consistent application. Here is our specific concern: The definition, as it currently stands, is broad and unclear.”

While the term nuisance has a legal definition, the words “annoyance” and “disruption” do not.

“These words are very broad and subjective,” Houle said Jan. 21. “Clarity of these two words is recommended.”

The justice policy committee is also conducting hearings on Bill 159, the Rebuilding Consumer Confidence Act, which was tabled in December.

Bill 159 is omnibus legislation that would make several changes to condominium law and is also intended to improve the dispute resolution process of Tarion, which provides a backstop to new home warranties. The province plans to keep Tarion as the warranty administrator and not change to a multi-provider insurance model.

More News
Related
What happens if a condo client’s marijuana use offends the neighbours?