This is what’s putting the industry ‘at a tipping point’ 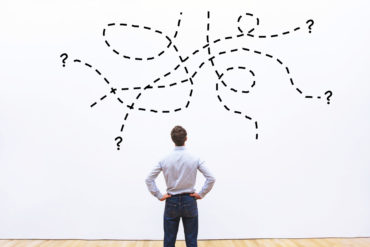 Whether it’s a hard market or an evolving one is up for debate, but a couple of factors are behind the change.

Technology has been great for the insurance industry. But it’s also been creating problems, specifically creating a difficult market cycle.

And it’s not the only reason why one panellist at the recent RIMS Canada Conference said the industry is “at a tipping point.” There’s a lack of capital in the market and commodity pricing has become more prevalent.

“Technology’s done wonders with respect to efficiency but it’s also allowed us to gain knowledge of our book and react more quickly,” Allianz’s Linda Regner Dykeman said during a panel discussion called ‘Playing Hardball: Surviving the Hard Market.’ She was joined on stage by Cheryl Barker of Aon Canada and Steve Pottle from Thompson Rivers University.

This isn’t a hard market like that of years’ past, Regner Dykeman noted. “The economy’s changed and the demographics have changed. Many of the people in our industry have never seen a market like this.”

Instead of what was seen in the 1990s and 2001 where one single event led to a hard market, it’s a number of different storms coming together, she explained. The advent of technology has brought in new exposures, like cyber, privacy issues, cloud computing, blockchain and the internet of things. It’s changing how insurance is handled, Regner Dykeman said.

“These are all additional exposures that the traditional policy hadn’t covered, so we introduced new coverages that allow us to manage those risks,” she said. “So as technological trends have helped us manage our costs, even though the claims costs have been increasing, now we’re at a tipping point where the industry loss ratio has increased by 3.5%. Combined ratios increased by two points.”

Furthermore, she added, there’s a lot of capital in the market – which could lead to softening of rates –that isn’t being spent. Why? Because the rates of return just aren’t good enough. She cited the closing of eight Lloyd’s syndicates at the end of 2018 and 70 agreements where capital was retracted.

“So you can see that, while there’s a lot of capital available, the deployment of that capital is very different,” Regner Dykeman said.

Pottle was hesitant to call the current situation a hard market, despite the term being in the name of the session. “We’re calling it a transforming market. Because I don’t think any of us can figure out if this is a hard market [or] is it an evolving market,” he said. “We just know things are changing.”

Still, despite the hovering dark clouds, Barker was optimistic to point out what the industry is not seeing: a reduction in capacity. “The cycle is changing, obviously. It’s different than what we’ve had in the past. There are new entrants that continue to be attracted to the Canadian marketplace and we’re still seeing people come in and wanting to write Canadian business,” she said.