Mutual insurers that are concerned about their small size placing them at a competitive disadvantage could choose to follow in the footsteps of Economical and start the demutualization process, suggests an executive who is looking to invest about $500 million from Canadian pension funds into carriers.

“Many of the small to medium-sized mutual companies suffer from lack of adequate scale efficiencies,” Anurag Chandra, CEO of Constellation Insurance Holdings, said in a recent interview with Canadian Underwriter. “And in an environment in which the marketplace is consolidating, you are disadvantaged if you don’t have adequate scale.”

One reason carriers seek outside investment capital is to modernize their information and communications technology, suggested Chandra. “Small to medium-sized insurers, on a standalone basis, just might not have the financial wherewithal to make those investments.” 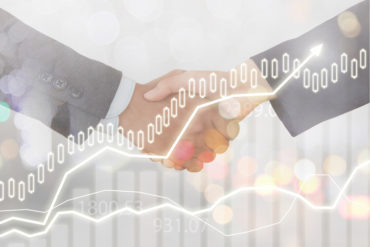 To raise equity funding – which, unlike a bond or bank loan, means the investors would take an ownership stake – a mutual insurer would have to go through a demutualization process, said Chandra.

This is something no Canadian P&C insurer has done yet, but about 99% of mutual policy holders of Waterloo, Ont.-based Economical Insurance voted this past March in favour of a demutualization proposal released in January. Economical is essentially owned by a small minority of clients (fewer than 1,000) who have mutual policies and Economical’s board of directors is recommending demutualization.

“I suspect that you might see additional activity on that front, whether it is federally-regulated [property and casualty] insurers who might take advantage of it, or perhaps even some of the insurers who are regulated at the provincial level,” Chandra said. “It has yet to be seen. It is hard to extrapolate from a data point of one. That is certainly an area we are going to keenly monitor to see how things evolve on that front.”

But whether more Canadian P&C carriers start the demutualization process remains to be seen. This far, the larger mutual insurers have shown no appetite for it. Two federally-regulated mutuals, Wawanesa and Gore, have said they have no plans to demutualize.

In addition, at Heartland Farm Mutual Inc., there is “no desire” for demutualization, Louis Durocher, president and CEO of Waterloo, Ont.-based Heartland, told Canadian Underwriter in 2018. At the time, Durocher did not go so far as to say Heartland would never demutualize. “I think we are happy to have the roots that we have and to stay a company that is a mutual,” he said at the time.

Other federally-regulated mutuals include Portage La Prairie, The Kings and Saskatchewan Mutual.

As targets for those investments, Constellation is looking for carriers both in the United States and Canada that seek additional money in the form of equity investment. Constellation is aiming to provide access to capital while ensuring a target maintains an independent management structure and its own independent brand identity and culture.

Before founding Constellation, Chandra was CEO of Roanoke, Va.-based Prosperity Life Insurance Group. He is a former chief operating officer of Allstate.

Economical’s board of directors voted unanimously in late 2015 to start the demutualization process. The board was driven in part by a desire to participate in industry consolidation.  Several more steps are needed, including federal government approval and consent of the majority of policyholders – both mutual and non-mutual.