This restoration contracting acquisition should close by summer

FirstOnSite and Paul Davis will have the same corporate owner if a deal announced Thursday goes through but will operate separately from one another.

Both FirstOnSite and Paul Davis are restoration firms that insurers use to help property owners clean up and repair properties damaged by flood and fire. 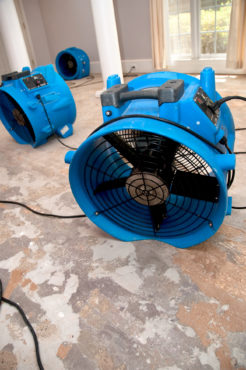 Paul Davis Restoration Inc. is a subsidiary of FirstService Brands, FirstService said in a recent securities filing. Jacksonville, Fla.-based Paul Davis has hundreds of independently-owned franchises in the United States and Canada.

Global Restoration is currently owned by private equity firm Delos Capital. The sale of Global Restoration to FirstService is subject to regulatory approval, FirstOnSite said May 23. The deal should close within four to six weeks.

Once Delos Capital sells Global Restoration to FirstService, FirstOnSite/Interstate will together become an independent company-owned brand under the FirstService umbrella, and will operate separately from other FirstService brands.

FirstService owns nine of the Paul Davis Restoration locations and one independent non-Paul Davis restoration operation, the company said in a securities filing this past February,

FirstService has its roots in a swimming pool management company founded in 1989 by Jay S. Hennick. It acquired two Florida-based property management firms in 1996. Hennick is currently FirstService’s chairman of the board and also chairman and CEO of Colliers International Group Inc.

The president and CEO of FirstService is D. Scott Patterson.