Thoughts on industry consolidation from a retiring CEO

“To me it’s kind of a sad thing,” Smith said of industry consolidation – without naming names – during Symposium West this past Thursday. “Consolidation is impacting almost everybody.” 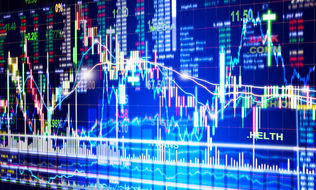 When Smith entered the industry more than 40 years ago, there were lots of choices and opportunities for customers and for employees, he said during a leadership panel at the symposium, produced by the Insurance Institute of Canada and held at the office that Farmers Re shares with the Ontario Mutual Insurance Association. The gradual reduction in choice – for brokers, consumers and employees – is the biggest change Smith has seen during his more than 40 years in the property and casualty insurance industry.

“All those small little privately-held companies that gave great opportunities, were niche markets [whatever they happened to be], and serviced the industry – are disappearing,” said Smith, who retires from Farm Mutual Re at the end of this week.

Smith appeared on a leadership panel at Symposium West. Panelists were asked by moderator Kadey Schultz, an insurance defence lawyer and partner at Schultz Frost LLP, what has been the single-biggest change in insurance they have seen in the past five years.

“When CEOs are under pressure because of shareholders, it gets translated right down the pipe,” he said. “I have seen it myself, where the workload mounts more and more every day, trying to keep the expense ratio down, trying to keep the costs down, implementing new technologies and not getting the training because you don’t want to spend the money.”

For leaders to say, ‘You know what? We have to focus on our people right now,’ is not easy to do in large, publicly-traded environments in which executives are reporting to people in New York, London or Chicago, said Smith. “This is the reality of today and I think it’s having a direct impact on the mental health of a lot of employees in today’s environment,” because they are finding it difficult to achieve a work-life balance.

“When I first came into the industry, there was a huge amount of money [spent] on education and training,” Smith observed at Symposium West. “What you’ve seen over the last several years is a lot of people are backing off that, because the tendency for people to move is more than what it used to be.”

However, retaining employees you haven’t trained is just as risky as training an employee and having them move to a competitor, Smith suggested.