Cyberattacks, natural disasters and supply chain failure are three of the most pressing risks to global business performance in the 21st century, according to the 2017 FM Global Resilience Index. 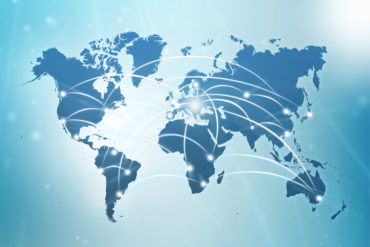 For Canada, three factors and 12 drivers combine to form the composite resilience index, or overall score of 84.1 out of 100 (with 100 being the highest). Canada, ranked 17 out of the 130 countries in terms of resilience, had a score of 88.8 (11 of 130) for risk quality, which measures the relative commercial and industrial property risk. It comprises three drivers – exposure to natural hazard, natural hazard risk quality and fire risk quality – and a fourth driver that captures the inherent cyber risk of a country. This last driver, FM Global explained, relates to control of corruption, quality of infrastructure, local supplier quality and supply chain visibility.

Supply chain ranking for Canada was 84.3 out of 100, ranking 17 of the 130 countries. This factor relates to attributes of the supply chain itself and comprises control of corruption, quality of infrastructure, local supplier quality and supply chain visibility. Economically, Canada had a score of 51.9 out of 100 (35/130). This factor represented political and macroeconomic influences on resilience, with four drivers: productivity, political risk, oil intensity and urbanization rate.

For cyberattack, for companies concerned by the increasing incidence of this risk, oil-rich Saudi Arabia has emerged as a country with above-average inherent cyber risk, FM Global said in the release. Its high Internet penetration, combined with a limited cybersecurity industry, make it a more vulnerable target. Developing India, by contrast, with its growing information technology industry, emerges as a country with below-average inherent cyber risk.

Sweden – aware of the heavy toll of natural disasters – has above-average resilience due, in part, to its lower-than-average exposure to hazards such as windstorms, flood and earthquakes, the release said. On the other hand, flood-prone Bangladesh, a major manufacturing hub for apparel and textiles, ranks toward the bottom of the index.

For companies with global supply chains, Germany, a major exporter and importer, ranks near the top in resilience, driven in part by its strong ability to demonstrate where parts, components or products are in transit. Russia ranks below average in this respect.

The index also ranks countries in overall enterprise resilience, the release noted. Wealthy Switzerland occupies the number-one ranking of 100/100, reflecting high scores for its infrastructure, local supplier quality, political stability, control of corruption and economic productivity. Hurricane-ravaged Haiti ranks at the bottom of the index (0/100) due in part to its high natural hazard exposure and poor economic conditions.

Many of the insights originate from three new resilience drivers added to the index this year:

“Our clients have found the index valuable when making important decisions about their properties, business strategies and supply chains,” said Bret Ahnell, executive vice president at FM Global, in the release. “We upgraded the index this year to reflect escalating threats that can make a lasting impact on business performance. FM Global will continue to improve the index and make the data publicly available to any business, client or not.”

The index was produced for FM Global by analytics and advisory firm Pentland Analytics.