Three-year ban for broker convicted of misappropriating more than $16,000

The former branch office manager of a B.C. brokerage has been banned from being a broker for a minimum of three years after she was convicted for misappropriating more than $16,000 of Insurance Corporation of B.C. (ICBC) funds for personal use. 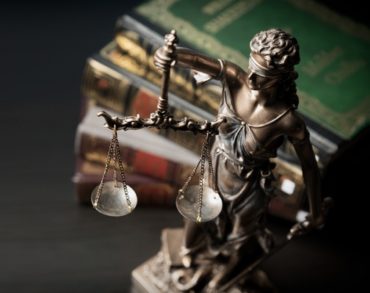 In issuing its disciplinary order, the province’s broker regulator, Insurance Council of B.C., said it took into account that the former broker, Lisa Anne Allan, had already received a conditional discharge after having gone through a restorative justice program within the criminal justice system.

“Nevertheless, as council continues to encounter incidents of professional misconduct involving licensees misappropriating funds, it was determined that a lengthy period of disqualification from holding an insurance licence is necessary in order to communicate to the industry and public that such misconduct cannot be tolerated.”

The former broker was first authorized to represent her brokerage in February 2016. In late September 2018, the brokerage became aware of batching anomalies with ICBC Autoplan documents that had occurred at the branch where Allan worked as a manager. After a review of what happened, the brokerage concluded that Allan had misappropriated $16,409.90 of ICBC funds for her own personal use.

“On Sept. 30, 2018, the former licensee wrote an email to the agency’s vice president of marketing in which she admitted to taking the funds,” the council decision reads. “The former licensee expressed ‘huge regrets and self-loathing’ and explained that her actions had been influenced by serious personal issues she had been grappling with in recent years.”

Within two weeks after she admitted to taking the money, an ICBC Autoplan audit identified that “until her termination, it seemed as though the former licensee would use funds collected for current transactions to account for previously batched transactions, and that this lapping of funds commenced in June 2018,” council observed.

Allan was subsequently charged criminally with theft over $5,000 and found guilty on May 22, 2019. She went through the provincial court’s restorative justice program. She received a conditional discharge last October that included three years of probation, 50 hours of community service, and a requirement that she pay $6,000 to the brokerage in restitution within the first 33 months of her probation.

In considering its decision, council said that it took into account Allan’s remorse for her actions. In a letter to council, she repeated what she told the judge during her sentencing: “’There is no punishment that is worse’ for herself than having lost ‘respect, trust and my integrity’ in the eyes of her peers,” the council’s decision notes.