Ontario’s Court of Appeal has rejected an insurer’s appeal that might have helped to establish a tort of “negligent entrustment” in the province. 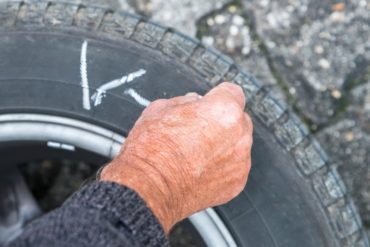 In Ligaj v. Ismail, a decision released on Mar. 20, CUMIS General Insurance Company tried to make the case for the tort of negligent entrustment, which exists in other provinces, but not necessarily in Ontario.

Essentially, negligent entrustment is when someone is held liable for their negligence in entrusting something — a car, for example — to someone who is a known risk for using that object to cause harm or injury to someone else.

The lower court decision turned on whether the car’s owner, the father Sherif Ismail, chalked the tires of his Honda because he was suspicious of his son, Nihad Ismail. His son ultimately took his father’s car and got into an accident. (The details of the accident are not specified in the court documents.)

The lower court ruled that Nihad took his father’s car without Sherif’s consent, either express or implied. The lower court therefore rejected CUMIS’s claim that Sherif negligently entrusted his vehicle to his son.

In upholding the lower court’s decision, the Court of Appeal questioned whether the tort of negligent entrustment even exists in Ontario, as it does in other jurisdictions.

“Even assuming this tort exists in Ontario in relation to motor vehicles, we fail to see how it could be established in the face of the trial judge’s findings concerning no implied consent,” the Appeal Court ruled.

CUMIS’s appeal turned on the father chalking the tires of his Honda, suggesting that his son was not trustworthy, an element of negligent entrustment. But the Appeal Court found the trial judge did not make an error in rejecting the tire-chalking evidence put forward by the father.

“The inference urged by CUMIS – that the appellant’s discovery evidence amounted to an acknowledgement that he began chalking the Honda’s tires four or five years prior to the accident and continued doing so up to the date of the accident – is not a necessary inference arising from the record,” the Appeal Court ruled. “The trial judge did not find Sherif Ismail to be a credible witness.”

The court also found against the insurer’s claim that the trial judge erred in concluding that there was no evidence that Sherif Ismail was chalking the tires on his Honda because he suspected that his son, Nihad (or another unlicensed driver in his household) would take the vehicle. In this instance, the Appeal Court ruled, the insurer misstated the judge’s findings.

“The trial judge found there was no evidence to explain why Sherif Ismail was chalking his tires and that she was unable to conclude that he did it because of Nihad Ismail,” the Appeal Court wrote. “There is no palpable and overriding error in this finding. The trial judge noted there was no evidence of a course of poor behaviour or troublemaking on Nihad’s part before the accident. Nor was there evidence concerning why Sherif Ismail was chalking his tires.”