CU Total Loss Series: To repair, or not to repair?

Canadian Underwriter will present answers to this question in this special three-part series on total loss. In this article, the first part of our series, we will define a “total loss” and show how auto insurers currently identify when damaged vehicles aren’t worth repairing. Using a hypothetical, “Best in Class” total loss scenario, we will outline cycle times and costs associated with the process.

Over the next two months, we will identify bottlenecks in the process (Part 2 of our series) and suggest potential solutions (Part 3).

When auto wrecks are deemed irreparable, how can auto insurers get a cheque into an insured’s hands one week earlier than the average time it’s taking now? Let’s take a look at a straightforward, no-nonsense total loss claim to see what happens… 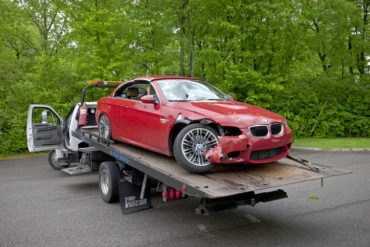 Jane Doe drives her car along a rainy Ontario street late at night when an oncoming vehicle strays into her lane and hits her 2016 Grand Jeep Cherokee head on.

A tow truck driver takes her vehicle to the nearby collision reporting centre, where she first reports the loss to her insurer and the police. Based on her report of the damage, the insurer figures this is a total loss; with Jane’s consent, the insurer has the Jeep towed directly to a salvage yard. Two days later, an appraiser quickly identifies that Jane’s vehicle is beyond repair.

“Obvious indicators that the vehicle is probably not repairable or is not worth repairing is that it is a non-drive; all the air bags have been deployed; there is structural damage; the vehicle is over eight years old; it’s leaked fluid; there is a burn; or the doors don’t open,” says Ewen Cameron, senior vice president of claims at RSA Canada. “You should be able to make an estimation rapidly.”

Days 4 and 5
The appraiser values the Jeep at $36,000. She is then informed that repairs would cost more than $30,000. That’s well beyond the insurer’s limit of 75% in repair costs. (Each insurer has its own threshold limit, typically between 70% and 80% of the depreciated value of the vehicle.) Jane’s Jeep is a total loss. 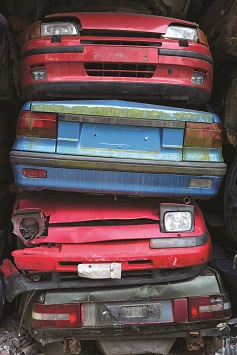 Days 6-10
The appraiser contacts Jane and offers a $36,000 settlement. “Negotiations tend to drag the [total loss] process on,” observes Kelly Merchant, senior regional service manager in the field at Audatex (a Solera company). “If you call an insured and tell them that their car is worth $12,000, and they were expecting $16,000, chances are you are not settling that day.”

After a few days of negotiations, Jane signs over the ownership of her car to the insurer and walks away with a cheque to buy a new car.

Days 11-31
The insurer now owns a hunk of junk. The next step is to auction off the vehicle, which can take another two to three weeks. Through auction, the insurer can recover an average of about $2,000 and $2,600 for a salvaged vehicle.

Total Loss Costs
Our example above is extremely basic. There were no injuries. The vehicle was driven to an accident reporting centre, as opposed to a towing yard unknown to the insurer. The total loss was immediately obvious. It took less than a week for the insured to settle with the insurer. And yet, this scenario cost the insurer about $1,050 in car rental and storage fees alone.

In reality, a 10-day turnaround time from collision to cheque in the hand of the insured would be considered “best in class.” The actual industry average for resolving a total loss is in the range of 19-25 days. That’s from the time of the crash until the time the consumer walks away with a cheque from the insurer.

The process is more like 40 to 50 days if you include the time it takes to auction off a vehicle. (An auction will typically fetch an average of about $2,000 to $2,600 for the insurer.) 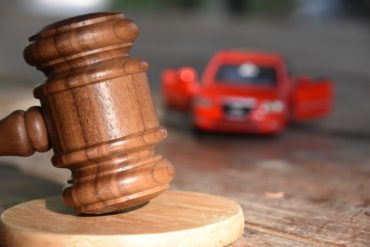 Total losses amount to roughly 20% of an insurer’s physical damage claims. “Of the vehicles where a claim is truly made, we see about 4,000 repairs a year and then maybe somewhere between 2,600 and 2,800 total losses, so it’s about a 60/40 split between how many we do repair and how many are totaled,” says Lorna Richards, program manager of auto physical damage at Gore Mutual Insurance Company.

Multiply that by the 20,000 total losses and you get a $46-million price tag for car rental and storage fees alone. Shave that process down by a week and these Top 10 insurers would collectively save $15 million. How can the P&C industry get there? Look for Part 2 of our series in May to show where fat can be trimmed from the system.