Andrew Coburn says being selected as one of the Top 10 Under 40 comes as a shock. “Maybe in five years, I thought I’d be up for consideration,” he says, “but I feel like we’re not even close to accomplishing what I set out to accomplish.”

But he has accomplished much in the last seven years. After playing professional hockey for a year overseas, he returned to Canada in March 2011 to work in the family brokerage, starting out in the mailroom with policy renewals. He got his CAIB in 2014 and became CEO two years ago. 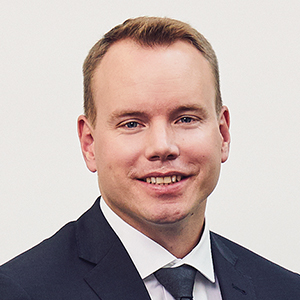 One of his greatest achievements has been bringing Coburn Insurance into the 21st century. Since his return, the brokerage has undergone a dramatic modernization. “Our workflows and efficiencies were very outdated. So, the last few years, I’ve just tried to build a foundation on which we can grow,” he says. “We’re trying to make it easier on the staff and clients to conduct business and be much more efficient. We went fully paperless a couple of years ago.”

Coburn has also helped the brokerage expand further into commercial insurance, going from a 75/25 personal/commercial split to a 60/40 split within the last two years. “We’ve looked at different segments, exposing a couple of small niche markets,” he says. “That 15-point swing helps us a lot in what we’re trying to achieve.”

One of the keys to Coburn’s success is not being afraid to take risks. That’s why he is constantly evaluating his brokerage’s workflows in an effort to maximize efficiency—and customer satisfaction.

“We conduct quarterly reports on different processes, and we’ve changed our processes three quarters in a row,” he says. “I often seek help or advice from other brokers or consultants, and always try to learn how to do things better.”