Anton Antonov was hired at Marsh after he graduated from York University in 2003 with an honours degree in public policy and administration. “I literally graduated and then the next week I was at work,” he recalls.

He worked as a broker in the marine cargo department, where he had the opportunity to work on a niche business—fine art and specie—in addition to his other duties.

After about four and a half years, he left for XL Catlin, essentially becoming a part-time U.S. employee handling fine art and specie underwriting for much of the U.S. book of business. 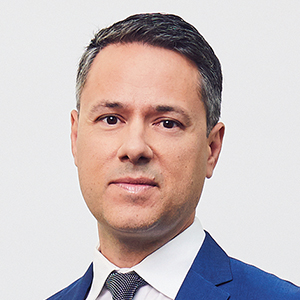 However, with two small children at home, travelling between Toronto and New York was cutting into Antonov’s family time. Marsh Private Client Services offered him a job he just couldn’t refuse and, in December 2016, Antonov became the national head of sales for the private client segment.

In 2017, he was only one of two Canadians selected to participate in the Certified Advisors of Personal Insurance program at the Wharton Business School. For his capstone project, Antonov focused on creating a uniform submission form for prospective clients.

“It seemed like every one of our account executives had a saved document that they’d tinker with,” he says.

So Antonov partnered with IT to create “a beautiful-looking submissions document.”

“It became a very standardized document that now every single one of our account advisors is using coast to coast,” he says.

“I’m excited to be back at Marsh. I’m kind of the new old guy around,” he says. “I don’t consider myself a young professional anymore. I’m just going to shoot for the professional from now on—and cut the ‘young’ out.”