Top 10 things to learn about mutuals

After working for 22 years at large and/or publicly-traded insurance companies such as Intact Financial Corporation, Economical Insurance and Aviva Canada, Chris Hibbs made the big move over to the mutual insurance side. 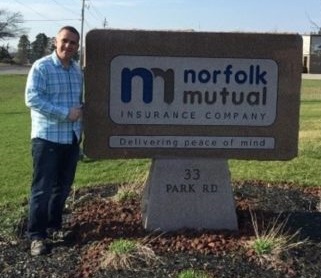 A mutual insurance company is owned entirely by its policyholders. Any profits are either retained within the company or rebated to policyholders in the form of dividends or reduced future premiums. Boards of directors are elected by the policyholders.

In a LinkedIn post, Hibbs, the business development manager for Norfolk Mutual Insurance Company in Ontario, shared a personal account of what he’s observed since working for a mutual insurer since April 2017. With his permission, Canadian Underwriter reproduces his LinkedIn post about the Top 10 things he’s learned about the mutual system.

“Well, it’s been one year since my move to the Mutual system,” Hibbs opens his post. “I get asked all the time — so, what’s it like? So, I thought I would share the top 10 things I’ve learned in the year with a bit of personal and business mix.”

Number 10:  We know the policyholders, and I mean they live down the street.

Number 9:  Everyone loves cake, or some version of cake. I had 16 slices this year.

Number 8:  Everyone has three other jobs besides the job they were hired for.

Number 7:  Policyholder satisfaction stands on top of what we do.

Number 6:  Have a rate problem? We will fix it over years, not six months. [For example, Hibbs told Canadian Underwriter in a follow-up question, when a stock company has an adverse loss experience, it typically takes aggressive rate action immediately or within six months. In contrast, mutuals will generally introduce smaller rate increases over a longer period to ensure policyholders do not experience rate volatility.]

Number 5:  Everyone’s so happy all the time.

Number 4:  No one ever leaves the Mutuals.

Number 3:  Community is at the heart of the company.

Number 2:  Growth is important, but surplus is paramount.

Number 1:  Insurance is still Insurance, whether you are 5 billion or 5 million.