GOODSOIL, Sask. – Environment Canada confirms winds that flattened a northwest Saskatchewan campground over the weekend were the result of tornadoes.

The agency says in a weather summary of the incident that a severe thunderstorm moved through the Murray Doell Campground area in Meadow Lake Provincial Park on Saturday. 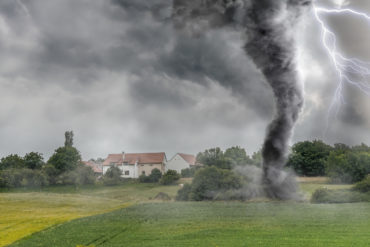 It says people reported golf-ball-sized hail, as well as twisters that passed north and south of the campground.

Its team of investigators estimate the tornado that passed just north of the campground generated winds between 135 and 175 kilometres per hour, snapping trees and rolling campers, sheds and outhouses.

The other tornado that passed to the south produced winds between 90 and 130 kilometres per hour.