The City of Toronto will soon consider recommendations to adopt new rules for short-term rental platforms such as Airbnb – which are unregulated – to address concerns ranging from noise to safety and taxation, notes a municipal backgrounder. 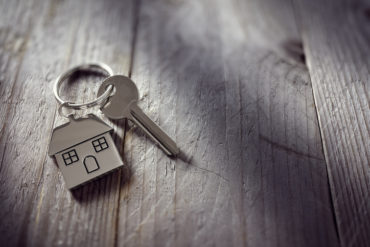 The regulations – meant to address zoning, licensing and taxation issues – will include fees for both companies that facilitate short-term rentals and residents who operate their homes as short-term rentals, notes Backgrounder: Toronto’s Short-term Rental Review, dated June 12, 2017.

Beyond paying a licensing fee, short-term rental companies would be required to report quarterly to the city with anonymized data about short-term rental activities, share details about certain listings upon request by the city and remove problem listings, notes a Tracking Status report on the issue.

As for operators, they would be permitted to register their principal residence only, one registration number would apply to all listings associated with the address and they would be required to provide appropriate emergency and safety information to guests.

“Residents and property owners are renting out rooms or entire units for short periods in growing numbers across Toronto, facilitated by the rise of these online platforms,” notes Backgrounder: Toronto’s Short-term Rental Review, adding that these rentals “are not currently regulated by the city.”

Short-term rental platforms include Vacation Rental By Owner and Airbnb, by far the most popular such platform operating in Toronto.

Data from Airbnb indicates the platform listed about 10,800 properties in Toronto last year, which has trebled since 2014. Condominiums, apartments and lofts accounted for the lion’s share of listings – 72% – in the city and 53% of listings are downtown.

To answer concerns about noise, safety, housing affordability, impact on tourism and taxation, Municipal Licensing and Standards and City Planning was directed by city council to submit a final report in 2017 on regulating temporary accommodation rentals.

In mid-February, council endorsed creation of a hotel and short-term rental tax in the city for implementation as soon as practical in 2017. Subject to receiving the necessary legislative authority from the province, the rates would be 4% of hotel accommodation revenues, and as much as 10% of short-term rental revenues.

“An extensive jurisdictional scan, comprehensive research and consultation were conducted as part of developing the proposed regulations,” the backgrounder states.

Related: Sharing economy not fully served by insurance industry, but opportunity is there: Kovacs

Recommendations in the staff report to the Executive Committee call for, among other things, allowing people to rent their homes for short periods; minimizing negative impacts on housing affordability and availability; minimizing nuisances; and creating regulations and taxation systems that both are fair and easy to follow for both people and companies.

Specifically, it adds, those recommendations around short-term rentals include the following:

“The proposed zoning framework would permit short-term rentals across the city in the principal residence of any owner or tenant in residential and mixed use zones and in all residential building types,” states the tracking report.

“Within their principal residences, people could rent: up to three rooms within a unit, separately; the entire dwelling unit; and lawful secondary suites,” it points out.

“A short-term rental would not be permitted in a dwelling unit that is not a principal residence. This restriction limits long-term housing from being converted to accommodation for tourists,” the tracking report explains.

In addition, “the proposed licensing and registration system would require that all short-term rental operators register with the city and post their registration number in all advertisements,” it states.

“These regulations strengthen the above zoning amendments and minimize the impacts of short-term rentals on neighbourhoods,” the report contends.

The item will be considered by the Executive Committee on June 19 and by city council on July 4, subject to the actions of the committee.

Following review of all applicable bylaws, development of amendments and related public meetings and consultations, final zoning amendments and final licensing and registration requirements are to be reported in the fourth quarter of 2017.

Recommendations for a tax on hotel and short-term rental are expected to come forward later this year.