After Toronto van attack, what should brokers tell their rental firm clients? 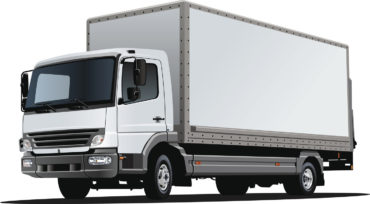 With drivers now using rental trucks as weapons to kill pedestrians, brokers should be advising vehicle rental firms and other commercial vehicle owners to consider such scenarios when deciding how much coverage they should have.

There are a number of unique wrinkles in Ontario law to consider, Grossman said in a phone interview.

For instance, Ontario insurance law has a “loss transfer” provision that, in some situations, gives accident benefits insurers subrogation rights against at-fault drivers. And so if a pedestrian is hit by a “heavy commercial vehicle,” the insurer of the vehicle may have to reimburse the pedestrians’ accident benefits insurer, less a $2,000 deductible. A heavy commercial vehicle is one with a gross weight of more than 4,500 kg.

The vehicle used in the April 23 attack in Toronto was likely not a heavy commercial vehicle, Grossman pointed out.

But suppose several people are killed or seriously injured in a collision involving a rented heavy commercial vehicle in Ontario. And let’s say the victims each have their own Ontario auto insurance policies. If one of those victims becomes a paraplegic and gets $1 million from his or her own insurer, that insurer “would get all of it back from the truck’s insurer,” Grossman said.

There are also tort claims to consider. If a rented vehicle is used as a weapon, the rental company could in theory be sued.

To make a point about the high cost of liability to the owner of an at-fault vehicle, Grossman uses the extreme example of a truck colliding with a bus carrying 40 recently-graduated surgeons. Each surgeon is permanently disabled and no longer able to work as a surgeon. Each surgeon was expected to make $1 million a year for the next 40 years. So the combined loss of income in this hypothetical accident is $1.6 billion (i.e. 40 surgeons x $1 million x 40 years = $1.6 billion).

“You need to take a perverse example to prove the point,” Grossman said. “You get as much insurance as you think might be required in the most normal every day circumstances. What’s that number? Is it $5 million? $10 million? $20 million?”

Both Grossman and David Contant, an insurance lawyer with Nelligan O’Brien Payne, suggested to Canadian Underwriter it would be hard for an accident victim to convince a judge that a rental company is actually negligent in an instance such as the April 23 tragedy in Toronto.

But there could be more incidents like the April 23 attack “because it seems to be in the terrorist playbook,” Grossman noted.