Employers may be hard-pressed to ban marijuana outright from the workplace once The Cannabis Act is implemented in Canada, a lawyer told delegates attending the Ontario Mutual Insurance Association (OMIA) Thursday. 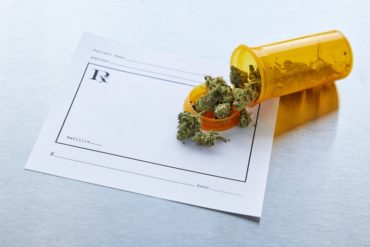 “Both bills [related to The Cannabis Act, Bills C-45 and C-46] are actually silent when it comes to employment and occupational safety,” said Sandra Gogal, practice leader at Miller Thomson LLP. “At present, there is no Canadian law that regulates mandatory drug testing of employees, so when the recreational market opens up, it creates a number of interesting issues.”

For one, employers will be challenged to uphold outright prohibitions on marijuana in the workplace, based on the difference between recreational and medicinal forms of cannabis. While proposed bills allowing recreational use are still up for debate, medical use of marijuana has been legal in Canada since 1999.

“I had a call from a company the other day that said one of their employees was injured on the job, and as a matter of standard practice, they get drug-tested,” Gogal recounted. “The results came back positive, and they said, ‘Can we fire him?’ And I just said, ‘We don’t know yet whether that was for medical purposes or not.’”

The issue promises to get murkier once recreational drug use is legalized.

Cannabinoids are the active chemical ingredients produced by the cannabis plant, as noted by CanniMed Ltd., which provides Canadian patients with access to a standardized supply of pharmaceutical-grade cannabis. More than 100 different cannabinoids have been identified, but research has focused on only two of them so far: delta-9-tetrahydrocannabinol (THC) and cannabidiol (CBD).

THC is the substance known to cause the psychoactive effects or the ‘high’ felt from cannabis. On the other hand, CBD, as noted by CanniMed, “lacks nearly any psychoactive effect and is showing promise with epilepsy, including children with a severe form called Dravet’s Syndrome. CBD has also been used successfully by patients with genetic brain disorders, Crohn’s disease and ulcerative colitis, and Parkinson’s disease.”

Understanding the difference between the medical and the recreational marijuana is going to be a challenge for employers, “because I don’t think any of us are really chemists,” Gogal said. “There are over 100 cannabinoids and each of them has a different effect on your body.”

Whether or not safety-sensitive workplaces can ban marijuana use raises the question of impairment, she added. A positive test for cannabis may not necessarily mean a person is impaired, based on the distinction between THC and CBD.