The total insured value of exposed residential and commercial properties in coastal counties in the United States now exceeds US$13 trillion, according to a new report from AIR Worldwide. 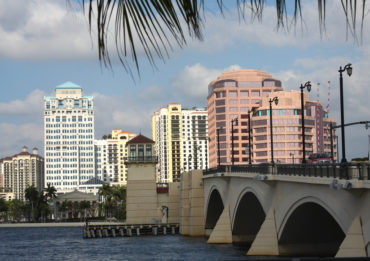 The catastrophe risk modelling firm released the report titled The Coastline at Risk: 2016 Update to the Estimated Insured Value of U.S. Coastal Properties on Thursday. It contains AIR’s most recent estimates of the total insured value of residential and commercial properties in states along the Eastern Seaboard and Gulf Coast of the U.S.

Based on AIR’s estimates of the total insured value of properties as of Dec. 31, 2015, the data compiled for the report shows that the total insured value of properties located within the 100-year return period storm surge footprint exceeds US$1.1 trillion. In Florida and New York, values exceed US$3 trillion for coastal counties in each state, the report said. And although New York again edges Florida as the state with the highest coastal exposure, at more than US$5 trillion, Florida has the largest proportion of its value in coastal counties at 79%.

The total insured value of these properties has also seen a growth rate of approximately 4% per annum since 2013, the report noted.

Over the last decade, the U.S. has experienced a significant increase in the number and value of exposed coastal properties that will continue to contribute to increasing hurricane losses for insurers, AIR added in a press release. The report has been updated to chart the continuing growth in the total insured value of these exposed coastal properties since AIR’s last update in 2013.

In the aftermath of Hurricane Katrina in 2005, AIR released The Coastline at Risk: Estimated Insured Value of Coastal Properties report, which stated that “while the scientific debate over the effects of global warming on the frequency and severity of hurricanes remains inconclusive, there is no question that the significant increase in the number and value of exposed properties over the last decade has and will continue to contribute to increasing hurricane losses for insurers.”

The report was updated in 2008 and again in 2013, the release said. The first update showed insured values in coastal regions grew at a compound annual growth rate (CAGR) of about 7% since 2005. The second report showed it fell from 7% to just under 4% per annum “as the United States endured a severe economic recession, followed by what was, by historical standards, an anemic recovery.” The report was updated again to chart the continuing growth in the insured value of exposed coastal properties from 2013 to 2015.

According to The Coastline at Risk, in the past three years, the insured value of properties in coastal states increased at a CAGR of 5%. “Indications are that, as the economy continues to recover, the rate of growth will pick up,” the report said. “Values have increased in coastal states by 15% in the three years since this report was last updated.”

The total insured value of properties in an estimate of the cost to replace structures and their contents, including additional living expenses and business interruption coverage, for all residential and commercial property in the state that is insured or can be insured. Coastal counties are located in 18 states: Alabama, Connecticut, Delaware, Florida, Georgia, Louisiana, Maine, Maryland, Massachusetts, Mississippi, New Hampshire, New Jersey, New York, North Carolina, Rhode Island, South Carolina, Texas and Virginia.